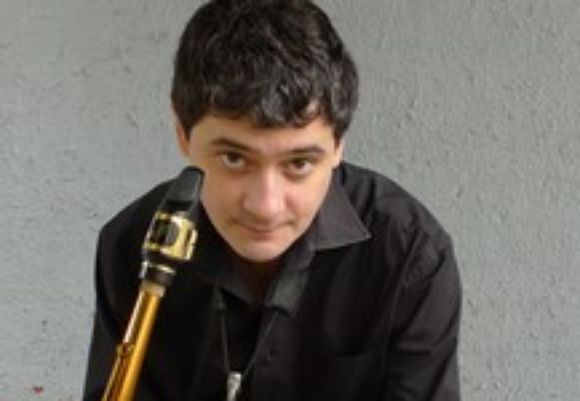 Dmitry Baevsky was born in St. Petersburg, Russia in 1976. He started piano lessons at six and discovered his passion and seriousness for music as a teenager when he picked up an alto saxophone. In 1991, he entered the Mussorgsky College of Music in St-Petersburg and studied with the brilliant Russian jazz saxophonist Gennady Goldstein. Throughout the nineties, Dmitry Baevsky appeared in many jazz venues and international festivals throughout Russia. In addition, he participated and was awarded prize places in several jazz and classical competitions.

Upon his arrival in New York in 1996, he was accepted into the Jazz Department at the New School University on a full scholarship. After finishing college, Baevsky stayed in New York and remained busy working within the local New York jazz community.

In 2005, he released his first CD as a leader “Introducing Dmitry Baevsky” (Lineage Records). The album features such masters as Cedar Walton, Jimmy Cobb and John Webber.

In 2009, he recorded “Some Other Spring” (Rideau Rouge / Harmonia Mundi) while on tour in Europe with great guitarist Joe Cohn.

In September 2010, the label Sharp Nine Records released “Down With It”, an album featuring trumpet player Jeremy Pelt as well as Jeb Patton (p), David Wong (b) and Jason Brown (dr). His second release on Sharp Nine Records, called “The Composers”, came out in 2012 and features David Hazeltine on piano, John Webber on bass, Jason Brown on drums and the great guitarist Peter Bernstein on three tracks.

Dmitry is a Selmer and Vandoren endorsing artist.