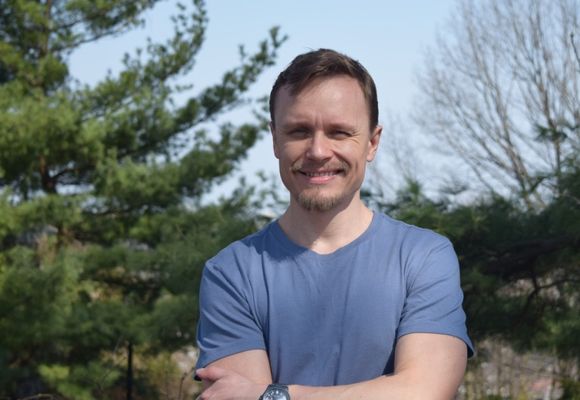 Yuriy Galkin graduated from the Royal Academy of Music in London, UK where he resided from 2005 till 2012. As a bandleader, in 2012 he released his critically acclaimed debut album with a nine-piece band “Nine Of A Kind”. Yuriy Galkin Nonet toured the UK the same year.

“YURIY GALKIN/…For Its Beauty Alone: An impressionistic bass ace from downtown by way of Russia shows that Gil Evans’ school of orchestrating is something that should never go out of style---especially in the right hands. Tasty, sitting down jazz that strikes a chord in the mind, this is one of those sets just right for when you want to be alone---just you and your music. Here’s a cat to follow that going to go the distance.” –Midwest Record

“(…For Its Beauty Alone is) A sincere manifesto of a concerned musician, this album will not fail to interest the property of contemporary jazz fans who adhere to the genre and the aesthetics it conveys.” -Culture Jazz France

“(…For Its Beauty Alone) Each track is awash with variety and surprise with every tune consisting of everything from jazz to classical and even the sounds of electronic ambient and psychedelic music are made prominent throughout its duration… Concrete backing and virtuosic soloing of each member keeps this album hot with groove and anticipation.

It’s been a strong start to 2019 in the jazz world. It’s already seeing amazing new releases frequently appearing, and For Its Beauty Alone is definitely one of them. Yuriy Galkin has more than shown us his talent as a modern composer. Anybody from classical music lovers to contemporary enthusiasts will find something in this album.” –Sussex Jazz Magazine

“Making a considerable splash with his startlingly fresh debut Nine of a Kind, Yuriy Galkin has made an impact few newcomers could dream of.” -Jazzwise Magazine

“Galkin himself is a paragon of solid, supportive playing, while his extensive through-composed charts reveal his furtive melodic/harmonic imagination on this impressive and weighty work.” -Bass Guitar Magazine

“For Its Beauty Alone” is a reflection of events that took place in recent years and the impact those events imposed on humanity. A story of an era, when political leaders become obsessed with their insane endeavours, genuine values are dismissed in favour of personal gains, violence is prevalent and ordinary people are thoroughly guided to take one side or another. Yet a few manage to find ways to treasure the beauty of life, to stay true to their moral standards and to resist the oppression.