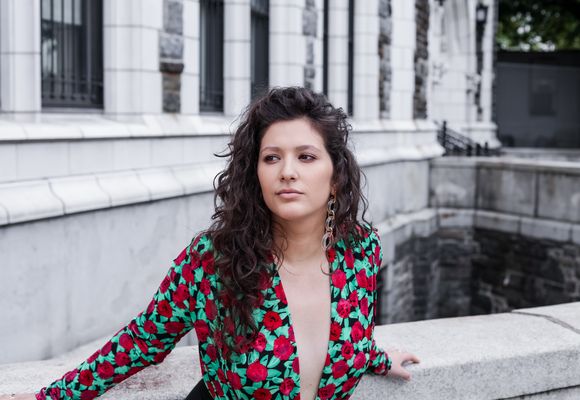 With a deep and versatile voice, Jamile has just self-released her first album in 2019 entitled 'If You Could See Me Now', featuring the stellar musicians Steve Wilson, Ray Gallon, Jay Leonhart, Vito Lesczak and Antonio Ciacca. Originally from Brazil, she has been a working vocalist on several venues and has had the opportunity to be featured as a main soloist on the show ‘Eu Sou Maria (Nativitaten)’, the largest outdoor Christmas project in the world, for an audience of 500,000 people throughout the season. ​

Currently based in New York, the vocalist extraordinaire has had the opportunity to perform at Birdland Theater, Smalls Jazz Club, The Jazz Gallery and at Jazz At Lincoln Center, as well as several other venues throughout the city. Jamile has also received high praise for her performances at the La Spezia Jazz Festival in Italy and for her tours in Mexico and Brazil. Her voice was the protagonist on the soon to be released project "Don't Let Go" by Grammy nominated pianist and composer Mike Holober, and she was also part of the recording of the Latin Grammy nominated album ‘Selfie’ by Jair Oliveira. Jamile captivates audiences with her unique phrasing and heartfelt tone influenced by the vocal jazz tradition united with her unique Brazilian roots.