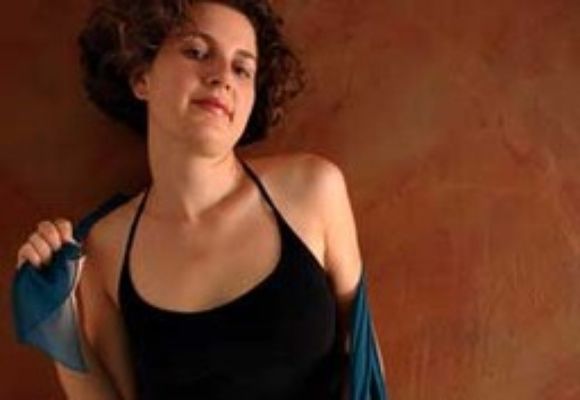 Jazzmobile's 2007 Vocal Competition winner Alexis Cole has had the opportunity to travel extensively and perform alongside some of the music's most laudable players including Slide Hampton, Rufus Reid, and Harry Pickens. A student of the world, Alexis has participated in the Jazz India Vocal Institute and was a winner of the Montreux Jazz Festival Vocal Competition. Alexis also loves to teach, and in 2006, after obtaining her Master's of Music from Queens College, she taught at Berklee College of Music's sister school in Ecuador.

Also active on the Asian scene, her CD's are distributed throughout Japan and she plays and sings in Tokyo a quarter of the year. Alexis' recordings receive airplay on jazz radio stations worldwide. Her much anticipated third release 'Zingaro' featuring Ron Affif on guitar and Jeff Eckels on bass was released on Canopy Jazz in July 2007 to great critical acclaim.

"A seriously good singer" Norma Winstone said after meeting Alexis while they performed in the Art of Jazz Festival in Toronto. Bassist Rufus Reid, a long time supporter of Alexis' music, says she is "rich, mature and relaxed, a wonderful musician". "Beguiling sensitivity" and "coolly dramatic" have been used in print to describe her singing. Radio host Mike Smith says "I've been waiting for another Carmen Lundy, Nancy Wilson etc. to come along and finally... Alexis"

Alexis is a "young singer with great dynamic feeling and a pitch perfect dark contralto voice" that creates an immediate feeling of intimacy. Born in New York City, to a musical family, she was encouraged in music from an early age. The family soon moved to Florida where she would play her first jazz gig at a South Beach Hotel. Those early experiences with singing jazz, plus a YoungArts Scholarship boosted Alexis to the nearby University of Miami's jazz studies program. However, it wasn't long before she was yearning to be back in New York. In 1998 she finished her Bachelors of Music at New Jersey's William Paterson University under the tutelage of Todd Coolman and Nancy Marano.

Truly an international performer, Alexis has appeared in clubs and festivals across Europe, Asia and South America. Still keeping New York City as home base, she continues to play at favorite jazz spots like The Oak Room, Dizzy's Club at Jazz at Lincoln Center, The 55 Bar, The Zinc Bar, Smoke, Smalls and Sweet Rhythm.