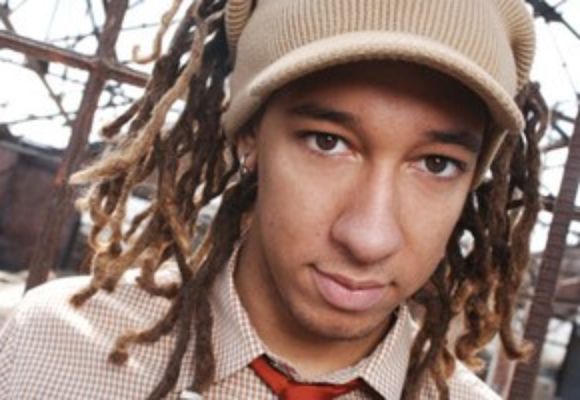 Gerald was born on May 11, 1984 in Utrecht, The Netherlands and moved to the United States at a young age. He graduated from the Los Angeles County High School for the Arts (LACHSA) in the summer of 2002 and received a Bachelor's of Music from the Jazz Studies program at USC in the Fall of 2006.

Gerald grew up in a musical family (his father is bassist/composer John Clayton and his uncle saxophonist Jeff Clayton) and was exposed to a variety of musical styles from a very young age. He studied classical piano with Mrs. Linda Buck and jazz piano and composition with Shelley Berg, Kenny Barron and Billy Childs.

Gerald was the winner of the 2001 Music Center Spotlight Awards and received the 'Outstanding Soloist' Award during the Monterey High School Jazz Competition in 2001 and 2002. He was also selected for the Grammy High School Big Band, comprised of high school students from the entire United States. Gerald was presented with the "level 1" award by the National Foundation for the Advancement of the Arts (NFAA) in January of 2002. In the summer of 2002, he was named Presidential Scholar in the Arts and was asked to perform at the Kennedy Center in Washington D.C. In June of 2002, Gerald performed at Steinway Hall in New York and was presented with a scholarship award by the Music for Youth Foundation. In September of 2002, Gerald received the Shelley Manne Award for emerging young artists from the Los Angeles Jazz Society. In September of 2006, Gerald received Second Place in the prestigious Thelonious Monk Institute Jazz Piano Competition.

Despite his young age, Gerald has already performed extensively with numerous outstanding musicians in a wide variety of venues. Notable engagements include the performance of a composition for piano and orchestra with the Henry Mancini Orchestra at Royce Hall (August 2002) and Disney Hall (May 2006). The piece was composed by his father and commissioned by the Henry Mancini Institute for that purpose. In the spring of 2005, Gerald was asked to join pianists Benny Green, Mulgrew Miller and Kenny Barron for a series of duo concerts in Europe. He also performed with trumpeter Clark Terry in Switzerland later that year. In the summer of 2006, Gerald performed at the Playboy Jazz Festival followed by a week at New York´s Village Vanguard with The Lewis Nash Quintet. Gerald has also toured extensively with trumpeter Roy Hargrove during the summer of 2006 and most recently performed with Mr. Hargrove's quintet in Brazil in November of this year.

Gerald can be heard on "Back in the Swing of Things," the latest recording by The Clayton Brothers as well as on several tracks of Diana Krall's most recent recording "From This Moment On."