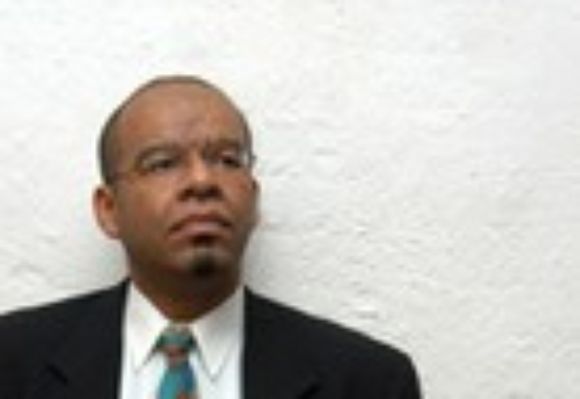 Luis Perdomo grew up in a home filled with music. Born in Caracas, Venezuela in 1971, Luis was exposed to just about every style of music by his father, an avid music fan and collector. Alongside salsa, Latin, R & B, and classical, the young Perdomo heard jazz greats like Bud Powell and Oscar Peterson, two of his earliest and most important musical influences. Drawn to jazz and to the piano at an early age, Luis was making regular professional appearances on Venezuelan TV and radio by the time he was twelve.

It was about this same time that Luis started to think more and more about the possibility of pursuing a life in music. The more he began to listen and to read about jazzhis tastes had expanded to include players like Cecil Taylor and John Coltranethe more he became aware of one undeniable truth. All his favorite artists lived and/or recorded in New York City. Thus, it was only a matter of time before he too would make that move.

A full scholarship to the prestigious Manhattan School of Music was the catalyst. And it was at MSM where he began his formal study in both classical and jazz piano with Harold Danko and Martha Pestalozzi respectively. After receiving his BA in Jazz Performance in 1997, Luis pursued his Masters at Queens College with the legendary Sir Roland Hanna. This was perhaps one of the most pivotal moments in his development as an artist. While studying with Sir Roland Hanna, I came to realize just how little I knew about both the piano and the music. He forced me to start with a clean slate and to re-evaluate my musical perceptionsboth about jazz and the history of jazz piano. I began to look at jazz and classical music in a new and more in-depth way and my playing evolved accordingly.

Luis' music education, was not limited to the classroom. Soon after moving to New York, he quickly established himself as an in-demand pianist amassing quite an impressive resume. Some of the artists Luis has collaborated and/or performed with include Ravi Coltrane, John Patitucci, Ray Barretto Brian Lynch, David Sanchez, Claudia Acuña, Dave Samuels and the Caribbean Jazz Project, Butch Morris, Dave Valentin, Jane Bunnett, John Benítez, Ralph Irizarry, Jerry Gonzalez and the Fort Apache Band, Alice Coltrane, Dafnis Prieto and Yosvany Terry. A list that is as notable both by its quality as well as its diversity. As a regular member of groups led by John Benítez, Miguel Zenón, Ray Barretto and Ravi Coltrane, Luis has made his mark as a performer, a composer and arranger. He can be heard most recently on Ray Barretto's Homage to Art Blakey and Miguel Zenón's Ceremonial.

Luis' most important accomplishment to date, however has been the completion of his first CD as a leader, Focus Point, for RKM Records (release date: September 2004). Focus Point includes music that Luis wrote in college as well as more recent compositions. I wanted to document my musical journey up to the present, but at the same time create arrangements that would give the music a certain continuity. Luis often writes with particular musicians in mind and on this recording, he was able to bring together some of his favorite musical collaborators including Miguel Zenón, Ravi Coltrane, Ugonna Okegwo, Ralph Peterson Jr. and Roberto Quintero. Focus Point brings to the forefront Luis' prodigious talents both as an innovative composer/arranger and a creative and original improviser.