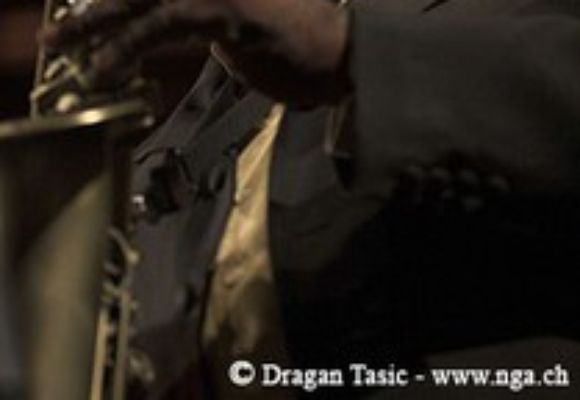 Jesse Davis began playing the alto saxophone at the age of 10. Although drawing his first influence from Grover Washington Jr. Davis was encouraged by Ellis Marsalis two years later at the New Orleans Center for Creative Arts(N.O.C.C.A.) to listen to

Charlie Parker. This would prove to be the catalyst for serious study and pratice. Other notable N.O.C.C.A. graduates include: Wynton, Branford and Delfeyo Marsalis. As well as Terence Blanchard, Harry Connick Jr., Donald Harrison and Nicholas Payton.

After studying at Northeastern Illinois University('83 -'86) in Chicago, Davis transfered to William Patterson College in New Jersey. During which time he landed his first professional gig with the Illinois Jacquet big band( '87 -'89). The first week at the

Village Vangaurd was followed by an eight week tour in Europe, after returning Davis enrolled in the New School for Jazz in Manhattan. While a student, Davis was given the oppurtunity to participate in a recording with the great Cedar Walton(Davis'

fruitful in more ways than one. While in the studio recording with TanaReid("yours and Mine") Davis was asked by Concord Records president Carl Jefferson to Join the Concord label leading to a ten year stay('90 -2000) and seven recordings. In

'93-'95 Davis was a member of the Clark Terry Quintet. Since 1992, Davis has led bands and performed at clubs, festivals and concert halls around the world. Including performances with