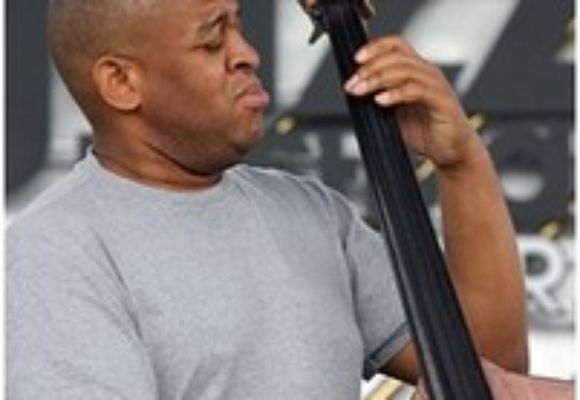 Dwayne Burno made his entry into this world on June 10, 1970 in Philadelphia, Pennsylvania, a city rich in its musical traditions and history. He gained his initial musical exposure to music through his mother. "My mother is my first musical influence. She told me of the times when she sat me on her lap while she accompanied, directed, and sang with the church choir which she continues to do to this very day."

Dwayne's first chosen musical instrument was the violin which he played until his unexpected first encounter with the double bass. "During my junior year of high school, I was told to begin learning and playing the bass. I was chosen because of my musical aptitude, knowledge and love of music, intellect, character, physique and the bottom line fact that a gig was scheduled to occur in one week's time. I had one week's time to begin 'gettin' it together' and have been a professional musician ever since."

Upon graduation from high school, Dwayne set off to continue his quest for a higher education at Boston's famed Berklee College of Music. There, he remained for three semesters before leaving once again for Philly. In 1989, while in attendance at Berklee, Dwayne began a personal and musical association with his first major employer, alto saxophonist Donald Harrison. On weekends early in 1990, Burno regularly made the commute from Philly to perform with alto saxophonist Jesse Davis' band at the New York City proving ground known as Augie's. On one such weekend, Betty Carter stopped in to listen to the band. It was then that the late diva asked Burno to join her band.

After leaving Ms. Carter late in 1991, Dwayne has gone on to perform, tour and record with notables such as Barry Harris, Herbie Hancock, Freddie Hubbard, Joe Henderson, Cedar Walton, Joe Chambers, Wynton Marsalis, Joshua Redman, Roy Hargrove, Digable Planets, Chucho Valdes, Abbey Lincoln, David Murray, William H. (Bill) Cosby, and an entire host of others from all walks of musical and entertainment life. As a sideman, Burno has performed on the stages of countless venues throughout the world and has also appeared on over 50 recordings.

Burno has shown himself to be a talent of multiple facets and dimensions. He is noted for his skill as a composer as well as an arranger. Burno also leads a unit of his own, known as the Dwayne Burno Quintet, which has appeared at various New York City venues performing his original compositions. Dwayne presently continues to maintain an active schedule filled with an abundance of live performances, tours, and recordings with Roy Haynes, Benny Golson, Nicholas Payton, Myron Walden, and many others.