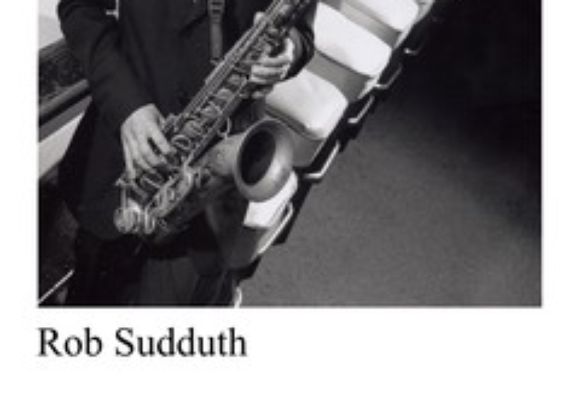 Rob Sudduth is a Bay Area native, a saxophonist whose direct, soulful style is the result of his experience in San Francisco's eclectic music scene. Now living in New York City, he is equally comfortable performing with blues, jazz and rock bands, and blends the genres effortlessly. He brings the honesty of the blues to jazz, and the swing and melodic conception of Jazz to blues music, without compromising the essence of either.

Recent asscociations include Norah Jones ( on the CD Not Too Late ), the Ben Goldberg Quintet ( including the CD The Door, the Hat, the Chair, the Fact), and projects with singer Sasha Dobson and pianist Dred Scott. He frequently performed in the Tony-winning Billy Joel/Twyla Tharp prouction on Broadway, Movin' Out.

He continues to work with jazz composer/pianist Graham Connah's ensemble, which has appeared at the Monterey Jazz Festival, the San Francisco Jazz Festival and at the Knitting Factory in New York, and with drummer Scott Amendola. While living in San Francisco, he performed regularly with guitarist Bruce Forman, and led a hard-bop quintet featuring pianist Mark Levine.

He performs regularly in Italy with organist Alberto Marsico in his group Tenor Madness, leads a quartet with Enzo Carpentieri and Carmelo Tartamella, and is featured in the varied projects of pianist/composer Claudio Angeleri, also guesting as a clinician at Angeleri's Centro Didattico produzione Musica in Bergamo, and for the Bergamo Jazz Festival. His time in Italy has enabled him to perform with many fine artists, such as Bruno Marini, Guilio Visibelli, Stefano Senni, Paola Milzani and Enzo Zirilli, among many. In October 2003 he toured Italy with guitarist Stef Burns.

He has recorded and performed with blues and swing acts such as Steve Lucky and the Rhumba Bums and The Johnny Nocturne Band, and since 1994 has been touring and recording with Huey Lewis and the News ( and is co-composer with Huey and Chris Hayes of So Little Kindness on Time Flies...Greatest Hits on Elektra Records).