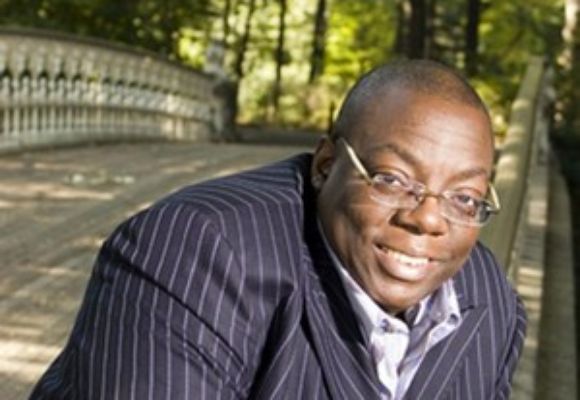 Cyrus Chestnut born on January 17, 1963, in Baltimore, Maryland; son of McDonald (a retired post office employee and church organist) and Flossie (a city social services worker and church choir director). Chestnut started his musical career at the age of six, playing piano at Mount Calvary Baptist Church in hometown. By age nine, he was studying classical music at Peabody Institute. In 1985, Chestnut earned a degree in jazz composition and arranging from Boston's renowned Berklee College of Music. While at Berklee, Chestnut was awarded the Eubie Blake Fellowship (1982), the Quincy Jones Scholarship (1983), and the Oscar Peterson Scholarship (1984).

In 1993, at the age of 30, Chestnut signed with Atlantic Records, releasing the critically-acclaimed Revelation (1993), followed by The Dark Before The Dawn (1994) (the album debuted in the sixth spot on the Billboard Jazz Charts), Earth Stories (1995) and then Cyrus Chestnut (1998). Chestnut has also performed and/or recorded with, Freddy Cole, Bette Midler, Jon Hendricks, Freddie Hubbard, Jimmy Scott, Chick Corea, Isaac Hayes, Kevin Mahogany, Dizzy Gillespie, and opera diva Kathleen Battle, most notably on the Sony Classical recording "So Many Stars". Their shared church roots resulted in such a positive chemistry between Battle and Chestnut that he then joined the star soprano on a Fall 1996 U.S. Tour. Later that same year came Blessed Quietness: A Collection of Hymns, Spirituals and Carols (1996), a reverently assembled album of traditional numbers deeply instilled with the gospel and blues Chestnut grew up listening to. In addition to appearing on the soundtrack to director Robert Altman's 1996 feature film "Kansas City", Cyrus also made his big screen debut portraying a Count Basie-inspired pianist.

In 2000, Chestnut collaborated with Vanessa L. Williams, Brian McKnight, The Manhattan Transfer and The Boys' Choir of Harlem on A Charlie Brown Christmas. In 2001, he released Soul Food featuring bassist Christian McBride, drummer Lewis Nash and special guest soloists including James Carter, Stefon Harris, Wycliffe Gordon and Marcus Printup. This acclaimed album was included in Down Beat's list of the best records of 2002 and ascended to "Top 10" on the Jazz Charts. Chestnut continually tours with his trio, playing live at jazz festivals around the world as well as clubs and concert halls. His leadership and prowess as a soloist has also led him to be a first call for the piano chair in many big bands including the Lincoln Center Jazz Orchestra, Dizzy Gillespie Big Band, and Carnegie Hall Jazz Orchestra.

In 2006, Chestnut released his first album Genuine Chestnut on TelArc Records. On it he is accompanied by his regular trio which includes Michael Hawkins, bass and Neal Smith, drums. Additional artists on board for this session include Russell Malone, guitar and Steven Kroon, percussion. Includes satisfying jazz interpretations of some well known pop numbers of the past half century, including If, the early 70s soft-rock ballad by Bread. This song has been with me ever since the sixth grade, Chestnut recalls. I had to play it for my English teacher's wedding. I've played it in many and various contexts. I actually played it in a Top 40 band when I was just out of school. A lot of time has passed, but then recently I just started thinking about it again. Best of all, he plays gospel tunes with a heartfelt fervor that never descends into sentimentality. Chestnut's own "Mason Dixon Line" is one of the album's high points, a joyful bebop number that makes you hope he'll someday do a whole album of Bud Powell compositions. The album's relentless, midtempo pleasantness makes it easy to stop paying attention by about halfway through, but every time you catch yourself drifting and start listening closely again, you'll notice something else wonderful.