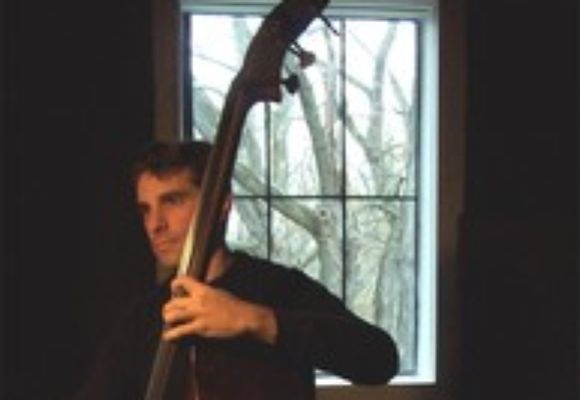 Born in 1976, Massachusetts native Thomson Kneeland has performed in a plethora of musical idioms, studying multiple instruments and styles throughout his life. At age 7, he began his formal musical studies with the clarinet and piano, progressing to the guitar in high school. Studying classical guitar with Peter Clemente and jazz guitar with Rich Falco, Kneeland was inspired to pick up the electric bass to fill the needs of his high school jazz band. Performing constantly, Kneeland developed a breadth of experience that would shape his future musical vision; from classical recitals and jazz gigs to rock clubs and American musicals, Kneeland took advantage of as many musical performance opportunities as possible. Kneeland excelled in his academic studies as well, attending Worcester Academy, graduating top of his class, and achieving many awards and honors, most notably Cum Laude Society and valedictorian of his class.

Upon graduation from high school, Kneeland acquired his first acoustic bass in 1993, and embarked upon a successful performing career. He is primarily self-taught technically on the instrument, applying the methods and physical philosophy he learned in his studies of classical guitar. From 1995-1996, Kneeland furthered his theoretical studies at New England Conservatory with John McNeil and Jerry Bergonzi. In 1999, Kneeland formally studied arco bass technique with classical bassist Deborah Dunham. In recent years, Kneeland sometimes has been exploring the textural possibilities of acoustic bass being utilized in conjunction with digital sampling and electronic synthesizing.

In 2003, to further his musical career, Kneeland moved to New York City. Kneeland regularly performs throughout the US and internationally in clubs, concerts, and festivals.

I n the past ten years, Kneeland has independently studied composition and arrangement and built an oeuvre of over 110 compositions for various ensembles. He has composed for diverse instrumentations, tending towards "crossover music" fusing jazz, ethnic, rock, and classical genres. Instrumentations include everything from jazz trio to septet commissions; "chamber ensembles" with accordion, trumpet, bass, and string trio; and string quartets and more.

In addition to his "paper compositions", Kneeland has begun working as a producer and composer in collaboration with recording engineer Warren Amerman at Rotary Records, developing Grid-X, a project of acoustic/electronic music for future commercial release. In November 2004 the two also completed an electronica movie soundtrack for the full length film Magdalena's Brain, an experience Kneeland cites as one of his most rewarding to date.