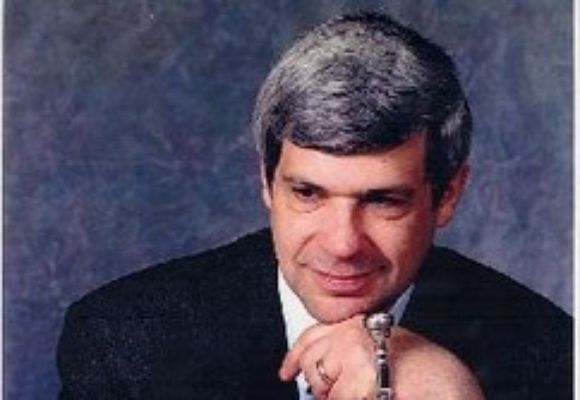 Randy Sandke has performed at festivals, clubs, and concerts around the world. He has toured Europe over forty times and performed extensively throughout Japan, the U.S., Canada, and India.

Randy Sandke has played on the soundtracks of several films, including Francis Ford Coppolaýs ýThe Cotton Club,ý Neil Simonýs ýBrighton Beach Memories,ý ýAmerican Splendor,ý and five Woody Allen movies. On Broadway, Randy played in the production of ýChicagoý with Beebe Neuwirth at the City Center, which launched the hugely successful revivals on stage and screen. Randy also played the on-stage Harry James trumpet solo which climaxes the show ýFosse.ý He recorded all trumpet solos for the recent production of ýMa Raineyýs Black Bottomý starring Whoopee Goldberg. He has performed on television in Japan, Sweden, Switzerland, Germany, Italy, in the U.S. with Benny Goodman for a PBS special, and on the Late Show with David Letterman.

As a composer, Randy Sandke has received two grants from the National Endowment for the Arts, and has had pieces performed at Carnegie Hall, the 92nd St. YMHA, the Greenwich House in New York City, and Avery Fischer Hall at Lincoln Center. The Carnegie Hall Jazz Band has performed six of his suites. In 1998, the Concord Concerto label released an album featuring several of Mr. Sandkeýs orchestral compositions in performances by the Bulgarian National Orchestra. Over fifty of Mr. Sandkeýs pieces have been recorded. In July of 2003 his ýSubway Balletý was performed at the 92nd St. Y in New York City. He has written arrangements for Sting, Elton John, the King of Thailand, and transcriptions for Wynton Marsalis and the Lincoln Center Jazz Orchestra.

Randy Sandkeýs book, ýHarmony for a New Millenniumý was published by Hal Leonard, Inc. in 2002 It details a method of exploring non-tonal harmony in the context of both composition and improvisation. Artists who have endorsed the book include Jon Faddis, Joshua Redman, Maria Schneider, Dick Hyman, Nicholas Payton, and Michael Brecker. Randy has also written scholarly articles on jazz history for the Oxford Companion to Jazz and the Rutgers University ýAnnual Review of Jazz Studies.ý He has been a guest lecturer at the Julliard School, Manhattan School of Music, the New School, Hofstra University, Rutgers University, Hampshire College, William Patterson College, and the University of Arizona.

Mr. Sandke is listed in the standard biographical sources, such as the ýEncyclopedia of Jazz,ý and most jazz CD reference guides. Jazz Times ran a feature article on him in the October 2002 issue, and the English magazine Jazz Journal profiled Randy in a two-part cover story in 1996. His recent CD, Inside Out, was named one of the top ten albums of the year by Jazz Times in 2002