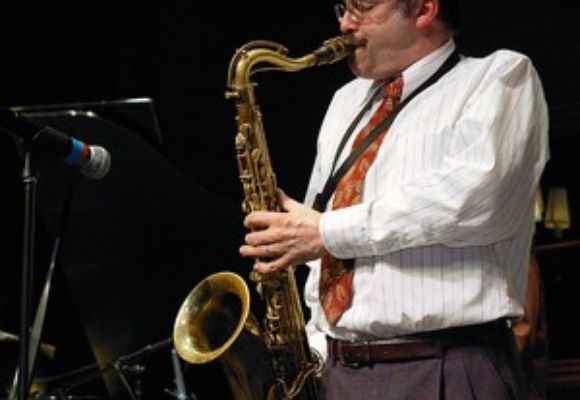 Dan Block has been active in a wide variety of musical settings. He studied at Julliard for 4 years to be a classical clarinetist but was drawn to jazz. He has played with Clark Terry, Warren Vache, Ralph Sutton, Dick Wellstood, Dick Hyman and others. Dan has been a sideman in small groups led by Marty Grosz, Joe Cohn and Richard Wyands. In contrast, he has worked with vocalists such as Rosemary Clooney, Michael Feinstein, Bobby Short and Linda Ronstadt, and in big bands of Charles Mingus, Gerry Mulligan and Tashiko Okioshi. He played with Jerry Dodgion's group "The Joy of Sax" and recorded a critically acclaimed CD with the group. Currently, Dan is playing with Vince Giordano's Nighthawks.