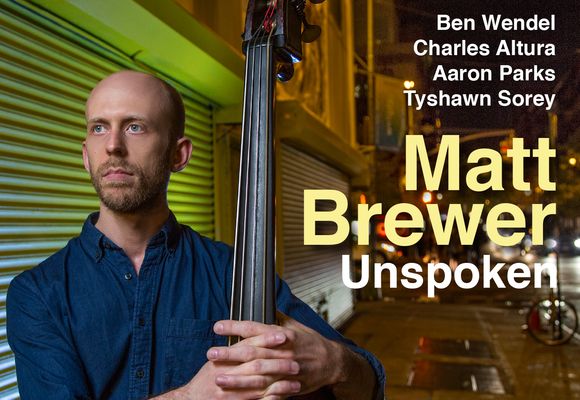 Matt Brewer was born April 20, 1983, in Oklahoma City but spent most of his youth in Albuquerque, New Mexico. Born into a musical family, Matt was surrounded by music from an early age, both his father and grandfather being jazz musicians, and his mother being an avid music lover. He started playing bass at the age of ten, and began gigging professionally around the Albuquerque area at the age of twelve. Since Moving to New York in 2001, Matt has worked with artists such as Greg Osby, Gonzalo Rubalcaba, Jeff "Tain" Watts, Steve Coleman, David Sanchez, Steve Lehman, Antonio Sanchez, and many others. He has had extensive touring and teaching experience across The U.S., Europe, The Middle East, and Asia.