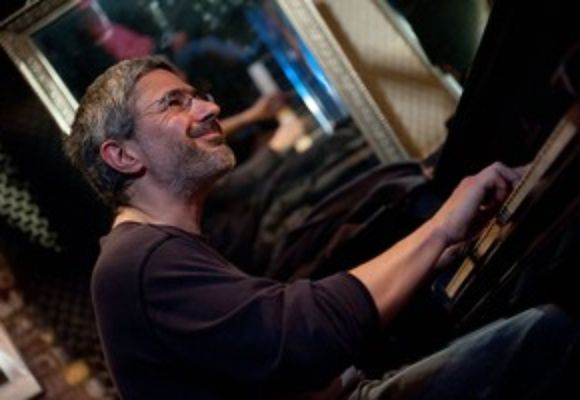 An active solo performer who’s appeared in concert internationally, Jean-Michel has released four critically-acclaimed solo piano records: Follow Me (2004), Essential  (2011) and What Is This Thing Called? (2015), and a new solo double album, Parallel, released on Challenge Records in June 2018.

In addition to extensive work as a sideman in a variety of ensembles, Jean-Michel’s diverse other personal projects include Modern Lights, a composition reflecting on Charlie Chaplin’s work that was premiered at the Caramoor Jazz Festival in August 2009. The project was funded through a New Works Grant from Chamber Music America. Additionally, in 2013, Jean-Michel was granted a Fellowship from the John Simon Guggenheim Memorial Foundation, in the Music Composition category for the creation of Big One, a project featuring all new original music for octet. He was also the subject of a 2009 documentary by filmmaker John McCormick, titled Jean-Michel Pilc – A Portrait.

Jean-Michel has built a strong international reputation as a very unique educator. From 2006 to 2015, he was a NYU Steinhardt faculty member and gave private lessons (piano and other instruments), taught ensemble classes and held improvisation workshops. He also acted as Co-Director of NYU Summer Jazz Workshop in 2010. Jean-Michel also taught for the New School in New York City, as well as offering private lessons in his own studio.

Since September 2015, Jean-Michel has acted as Associate Professor at the Schulich School of Music of McGill University in Montreal. There, he teaches piano, jazz improvisation to all instruments and a Seminar on Improvisation in All Styles to 40 McGill jazz and classical students. He has acted as Schulich’s Jazz Area Chair between 2016 and 2018. During this time, Jean-Michel has also founded the Improvisation Workshop Project with Rémi Bolduc, Kevin Dean and Jean-Nicolas Trottier, a research project funded by the Fonds de Recherche du Québec - Société et Culture (FRQSC). He is now part of many Montreal-based projects, while continuing to perform solo and with NYC-based groups.