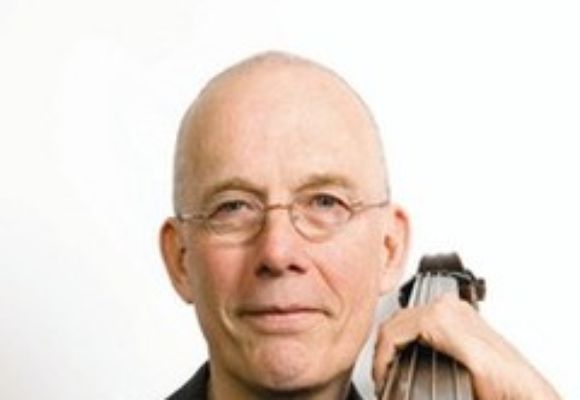 Jay Leonhart was born on December 6, 1940, in Baltimore Maryland. His parents, sisters, and brothers (6 kids in all), were all musically inclined. Everyone played the piano. By the age of 7, Jay and his older brother Bill were playing banjos and guitars and mandolins and basses. They played country music, jazz -- anything with a beat. In their early teens, Jay and Bill were television stars in Baltimore and were touring the country performing on their banjos.

When Jay was fourteen he started playing the bass in The Pier Five Dixieland Jazz Band in Baltimore and never looked back. After studying at The Peabody Institute, Jay attended The Berklee School of Music and The Advanced School of Contemporary Music in Toronto, before leaving school to start touring with the traveling big bands of the late 50's and early 60's.

At 21, Jay moved to New York City to start his career and to proceed on his oddessy towards adulthood. He played lots of funky road gigs with big bands, small bands and singers and visited all the little jazz joints around the world. In 1968, he met and married a lovely young singer named Donna Zier and settled down in New York. Jay and Donna Leonhart have also raised two very musically inclined children, Michael and Carolyn, who perform with Steely Dan, among other notables.

Upon moving to New York, Jay eventually began playing for many of the great jazz musicians, big bands, and singers who were to be found in New York - artists like Thad Jones and Mel Lewis, Tony Bennett, Marian McPartland, and Jim Hall. The list goes on and on, and Jay has continued to work with many of the great jazz musicians of the twentieth century.

Jay became a very busy studio musician in New York City, visiting every musical genre from James Taylor to Ozzy Osbourne and Queen Latifah. Between 1975 and 1995 he was named The Most Valuable Bassist in the recording industry three times by the National Association of Recording Arts and Sciences.

Jay has now recorded 15 solo albums - all the while knowing that he would some day begin performing one man shows made up of these many songs about his life in music. "The Bass Lesson" is the first example. This show is being received warmly by critics and audiences and appears to have a nice long life ahead of it.

Jay's next show "Nukular Tulips" is in the works.

In his 1959 Loyola High School year book, Jay Leonhart was named "The Most Witty" in his class. Forty six years later with "The Bass Lesson" and "Nkular Tulips", we find out why.