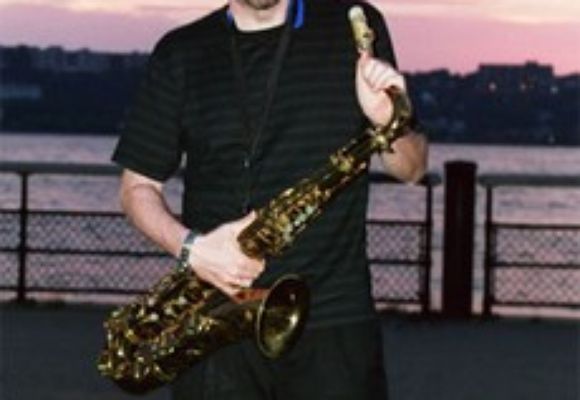 Saxophonist Jed Levy has been a mainstay on the New York jazz scene for over 20 years. In addition to performing and recording as a leader, he has had long standing working relationships with such jazz luminaries as Jaki Byard (a musical mentor, 3 recordings and countless performances), Don Patterson, Jack McDuff (valuable road experience), Ron McClure (2 CDs and ongoing performances), and Headhunters drummer Mike Clark (2 CD's and new projects in the works.)

Levy has toured Japan as a leader and appeared at several international jazz festivals as well as leading bands at such New York venues as Sweet Basil, Blue Note, Birdland, Visiones and Zinno.

Diversity has been the key to Levy's success on the New York scene. A recent week found him moving from a concert with the Cab Calloway Orchestra to a night with Mike Clark and Charley Hunter at the Knitting Factory, to the Apollo Theater with the Temptations and the Four Tops, to Birdland with Chico O'Farill's Afro Cuban Orchestra.

In his presentations as a leader, as well as in his compositions, Levy tries to incorporate these varied musical experiences. His compositions have been recorded by such artists as the Headhunters, Don Friedman, Eddie Henderson, and Mike Clark