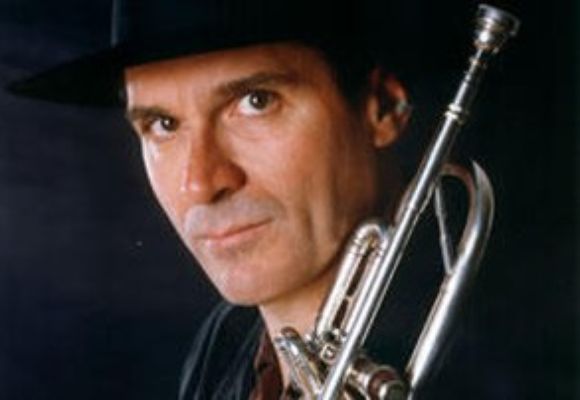 He has written liner notes and articles for DOWNBEAT and the MUSIC REVIEW and for 1 and 1/2 years was a columnist for the INTERNATIONAL MUSICIAN AND RECORDING WORLD.

He has been the subject of feature articles in virtually every major jazz trade magazine including. JAZZIZ, DOWNBEAT, MUSIC REVIEW, JAZZTIMES, CADENCE, MUSIC PAPER, HOTHOUSE, JAZZ EMPORIUM, JAZZ FORUM, et al. He has had reviews and appeared in many of the major newspapers around the world. In addition he has biographies and reviews in many books and record guides.

He has written soundtrack music for Homicide: Life On The Street and the Bill Cosby NBC Mystery Movie.In addition to leading his own jazz groups, THE JACK WALRATH GROUP, WHOLLY TRINITY, HARD CORPS, THE MASTERS OF SUSPENSE, and a quintet (which, along with Paul Jackson experimented with rhythms that were to be explored further when Jackson joined Herbie Hancock's Headhunters), he was also leader of the MINGUS DYNASTY and THE CHARLES MINGUS BIG BAND. In addition, he has conducted the aforementioned European orchestras and conducted the Mingus work Epitaph with the TUCSON JAZZ SOCIETY. In later years he has been touring with the Masters of Suspense, Ray Anderson, Larry Willis, George Gruntz and Sam Rivers. In addition he has been doing special projects around Europe and the US.

He has received composition grants from the National Endowment For The Arts, the Aaron Copland Composition Grant and from the Mary Flagler Cary Trust. He has received performance grants from the NEA and Quad City Arts. He has had compositions/arrangements commissioned for virtually every instrumental combination from symphony orchestra to solo piano. He has written an instruction book that has been published by Advance Music.

He has conducted seminars in Italy, Spain, Portugal, Japan, Israel, Finland, the LaGuardia High School and the US. In addition, he has conducted Master Classes and Clinics in many US states and countries at Conservatories all over the world. In New York City he conducted Master classes and/or adult education classes at the Manhattan School of Music, NYU and the New School for Social Research. He has conducted classes from ages 3 to adult and Post-Graduate education through the Quad City Arts, LaGuardia High School of the Performing Arts, and the Myrna Loy Arts Center.

In recent years he has toured/recorded with the Jazz Tribe, George Gruntz, the Mingus Big Band, Mingus Epitaph and the Masters of Suspense. He has repeated many of the aforementioned teaching experiences in addition to conducting seminars in Portugal, Spain and Italy. He has most recently worked through the Litchfield Jazz Camp and the New School (NY).

He has continued his recording career as both sideman and leader. His recent records have been some collaborations and co-leaderships with the UAJO, Ze' Eduardo (Portugal), Bill Moring, Lindsay Horner, the Mingus Big Band; to mention a few. He has another recent album Invasion of the Booty Shakers which was released on Savant Records.

In January 2008, he led/toured Italy with a quintet stressing The Spirit of Mingus which was very, very positively received. He has another upcoming release on Steeplechase Records, called, Ballroom.

He is currently writing a book of his experiences with Mingus and others---and---about influential recordings and the music business.

His Blue Note album, "Master of Suspense" was nominated for a Grammy.

Jack Walrath started playing the trumpet at the age of 9 in 1955 while living in Edgar, Montana, a bustling metropolis with the population of 100 (It has since become virtually a ghost town!). He developed a healthy perception of music from lack of negative peer pressure which so often happens in cities. In, 1964 after graduating from Joliet, MT. Highschool, he attended the Berklee College of Music graduating in 1968 with a composition diploma. The diploma program was chosen over that of the degree in order to have classes only of music, therefore actually learning more about music than if he went for a degree! Also he considers his 40 years of major professional experience as the best education of all!