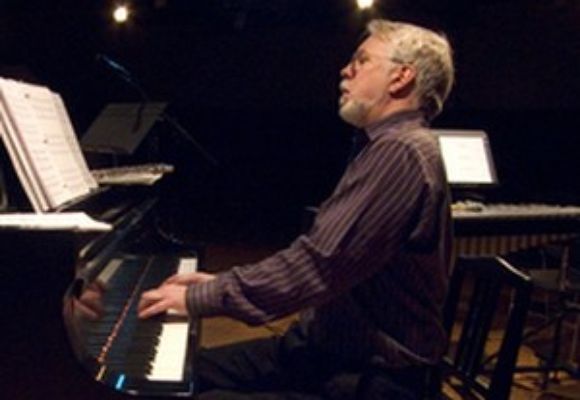 Neal Kirkwood is a composer, pianist, arranger and bandleader living in New York City. He composes for jazz and contemporary music chamber ensembles, and for voice, chorus, and orchestra. Jazz groups directed by Kirkwood include a 17-piece big band, an octet, a quartet and a trio.

In 2013 Ruminations, composed to poems by Sufi mystic Rumi, was performed at Smalls with an 8-voice chorus and jazz ensemble. "Five Choruses from Mexico City Blues", scored for a 16-voice jazz chorus and 17-piece jazz band, was premiered

Kirkwood received funding from the New York State Council for the Arts to compose The Future of Futurism, a five-movement work for jazz orchestra. In 2007 he was granted a New York State Music Fund to compose Village Songs. This 30-minute song cycle, scored for childrens chorus and a ten-piece jazz ensemble, uses lyrics drawn

from the writings of 4th grade students in New York City public schools.

Mr. Kirkwood performs and composes for many of New Yorks creative and experimental theater ensembles. For twelve years he has composed the music for Ralph Lees yearly Mettawee Theater productions. He wrote the music for many of playwright Jim Neus productions, often with saxophonist Harry Mann. He has worked with theater groups Otrabanda Company, the Talking Band, Anne Bogart, Joseph Chaiken, and

He has a masters degree in composition from Mannes College of Music, where he studied with composer Charles Jones. He was a charter member of the BMI Jazz Composers Workshop, where he studied with Bob Brookmeyer and Manny Album. He is currently on the faculties of Kutztown University in Pennsylvania and Third Street