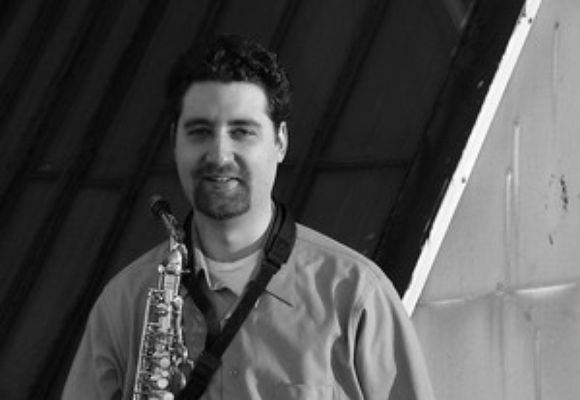 Moving forward while embracing the past. That should be the goal of any musician according to Jazz Saxophonist Josh Irving.

Irving was born in Rochester, NY in 1977 and took to music at an early age. He picked up saxophone at age 11 and studied classical for 7 years. In 1995 at age 17 he was introduced to virtuoso trumpet player Paul Smoker and, through him, the expansive world of Jazz.

"It was so overwhelming when I first started studying with Paul - Where, I had just read the notes off of the page when playing classical, Paul really opened my eyes to improvisation and the commitment required to become a competent Jazz musician." Irving studied with Smoker for 6 months before leaving Rochester for Berklee College of Music in Boston.

At Berklee, Irving was introduced to many great musicians and teachers but the most prominent impact would come from his mentor, George Garzone, Berklee Professor and saxophonist of "The Fringe".

"The first time I heard George play, I knew immediately that I wanted to study with him. I was at the Lizard Lounge every Monday night for 2 years in Boston to see The Fringe play. The free improvisation and group interaction were such an inspiration to see as a young musician." Both Smoker and Garzone instilled Irving with a respect for the tradition of the music, and the tools to cut through with his own voice.

Upon graduating from Berklee in 1999, Irving moved to New York. Since then, he has performed regularly as a sideman as well as with his own group The Josh Irving Quartet. He has performed at such well-known Jazz venues as The Knitting Factory, Cornelia Street Café, Detour, and 55 Bar. In February of 2004, Irving recorded his first solo CD, entitled Outside to Play. The CD contains 8 original tracks, 6 by Irving.