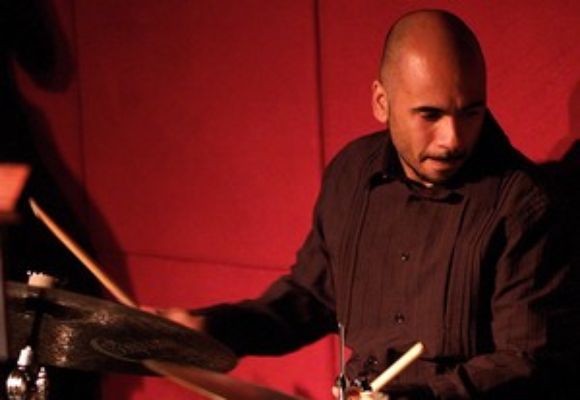 Born April 3, 1976 into a legacy of jazz musicians, Ali took an early liking to the drums. At the age of two, his talent and potential was immediately recognized by his parents. At the age of five he began studying the piano B which laid the foundation for his melodic approach to the drums.

By the time he was seven, Ali was performing with his father on the streets of Detroit. These outings with his father were valuable lessons in performance and in life. He learned to appreciate the function of his instrument in an ensemble. His father also taught him to keep an open and absorbing mind in music and in life.

Detroit, known for its rich legacy of producing some of the world's finest musicians, was the perfect breeding ground for Ali. He graduated from Cass Technical High School, known for producing some of the most renown names in jazz: Paul Chambers, Donald Byrd, Barry Harris and Geri Allen to name a few. At Cass he performed in numerous ensembles and honed his natural ability.

Ali has been awarded scores of medals and honors for his outstanding musicianship and leadership and he has performed with the Michigan All-State Honors Band and the Detroit Symphonic Honors Band.

Ali won the Clarence Eddins/Blue Bird Inn Scholarship for outstanding music achievement and was selected to be a featured soloist for Beacons in jazz honoring jazz legend Max Roach.

Currently in his senior year at the Mannes College of Music for jazz and contemporary music at the New School for Social Research, Ali continues to enhance his studies in fine art. In conjunction with his education from the Mannes School, he maintains a private study schedule that includes lessons and instruction from master teachers such as Joe Chambers, Charli Persip, Chico Hamilton and Max Roach.

Ali has always been outspoken in making sure that young people are properly informed about jazz and its tradition. For the past three years Ali has been part of Young Audiences, a program that strives to educate New York City youth about jazz.

Along with the wealth of experience he has obtained as an accompanying artist, these diverse musical styles, concepts, and creative innovations are demonstrated in his musical compositions. This is documented on his innovative expressions on his debut release Groove@Jazz en tete distributed on Blue Geodesics, France.

Even though Ali has achieved a great deal of respect and success as a percussionist, his passion resides not only in performance also with composition and production.

He continues to work toward mastery of his instrument, thoroughness in stylistic altruism as well as complete and divine spirituality through his compositions.

Through his continued drive, integrity and spirit Ali continues to support and perpetuate the foundations of jazz: Spontaneity, freedom and spirituality.