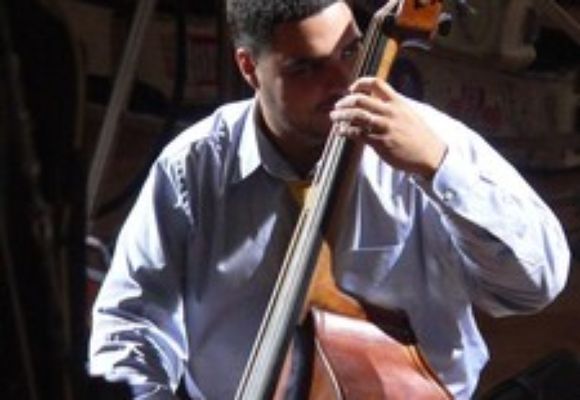 Carlos G. Henriquez was born in 1979 in the Bronx, New York. After having studied classical guitar in junior high school, he started playing bass at The Juilliard School's Music Advancement Program. Mr. Henriquez entered LaGuardia High School of Music & Art and Performing Arts, where he performed in the LaGuardia Concert Jazz Ensemble, which earned first place in the Jazz at Lincoln Center First Annual Essentially Ellington High School Jazz Band Competition and Festival in 1996, and second place the following year. Mr. Henriquez has performed with artists as diverse as Steve Turre, Eddie Palmieri and Tito Puente, Carlos Santana, and George Benson. He traveled with the Jazz at Lincoln Center Orchestra during its 20-city Summer 1998 tour through the United States, Canada and Japan. Mr. Henriquez was also featured in on the Jazz at Lincoln Center Orchestra Fall 1998 World Tour, which traveled to 33 cities in Europe, South America, and the U.S. Since then, he has recorded, toured, and performed with artists including Wynton Marsalis, Gonzalo Rubalcaba, Danilo Perez and Celia Cruz, just to mention a few. He is currently working at Jazz At Lincoln Center with Wynton Marsalis.