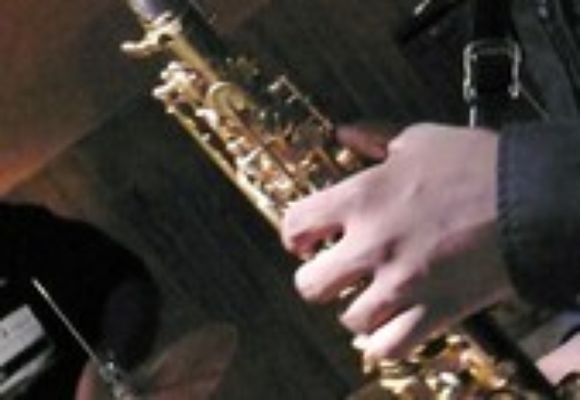 Tim Green, native of Baltimore, Maryland is a well-known saxophonist, composer and arranger. Tim was inspired by a family of musicians to get involved with music at the young age of 10. While attending high school, at the Baltimore School for the Arts, he was selected to be one of 25 members, out of 500 that applied, to participate in the All Star Grammy High School band that gave him the opportunity, at the age of 16, to perform at the Grammy's in Los Angeles California. He received his Bachelor of Music degree from the Manhattan School of Music in 2004, where he studied with world-renowned instructors such as Dick Oatts, Gary Dail, Bob Mintzer and Steve Slagle. In May 2007, Tim graduated from the Thelonious Monk Institute of Jazz at the University of Southern California with a masters degree in Jazz Studies. While attending the Thelonious Monk Institute of Jazz, Tim studied, performed and toured with jazz greats such as, Herbie Hancock, Wayne Shorter, and Terrance Blanchard. Over the years Tim has had the opportunity to perform with various artists such as, Roy Hargrove, Herbie Hancock, Wayne Shorter, John Fadis, Hubert Laws, Kenny Burrell, Patrice Russan, Gary Thomas, Mo Horns, Dontae Winslow, Warryn Campbell , The Movement Orchestra, Queen Latifah, the Mingus Big Band, Gary Bartz, and Wynton Marsalis. Tim is also apart of the Soulful Symphony, conducted by Darin Atwater that recently received a residency at the Meyerhoff Symphony Hall in Baltimore Maryland. While in New York City, attending school, he has become a successful jazz musician playing at a variety of jazz clubs in the city as well as around the nation. Tim has been playing with his own band that features all original music influenced by jazz and gospel music. He's recently performed at the Zanfel Hall at Carnegie Hall in New York City with the Mercy Soul Quintet. In the summer of 2003 he was invited to be apart of the Jazz Aspen Snowmass summer program, where he studied with Christian McBride, Lewis Nash, Benny Green, Wallace Roney and Russell Malone. Tim has also had the chance to perform in countries such as Israel, Vietnam, India and France. After having the opportunity to play and or record with world-renowned gospel artists Isreal Houghton, Fred Hammond, Mary Mary, Men Of Standard, Joe Pace and Youthful Praise, gospel music has grown to be one of Tim's strongest influences. In August of 2005, Tim released his debut album entitled Divine Inspiration on G Major Records, which features hymns and spiritual songs. He has performed on the Stella Gospel music awards, which aired on national TV. Tim has been blessed with the opportunity to perform in countries such as Israel, India and Vietnam. In summer of 2004 Tim recorded for the R&B recording artist Destiny's Child. Tim Green's main aspiration as a musician is to develop a sound that best describes him, through a firer and spiritual approach.