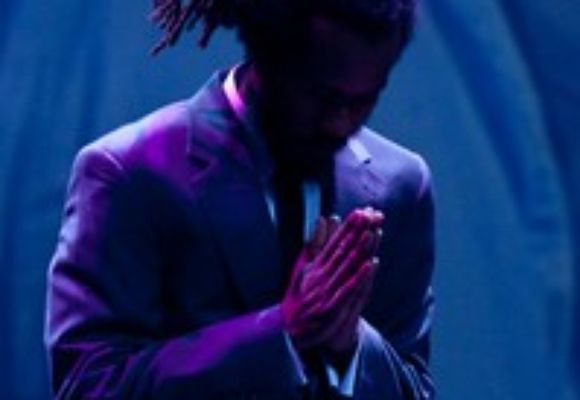 Joe Sanders has made a name for himself through his versatility, dedication, and steady pulse. He is without doubt, one of the most sought-after young bass players of his generation.

Sanders has evolved as a musician first as a student in the finest music programs and currently on the bandstand. He has had many mentors and teachers who have taught him along the way. His first teacher Catherine McGinn is a member of the Milwaukee Symphony Orchestra and guided Sanders throughout middle school and high school, though these were strictly classical lassons this gave him the tools and discipline he would need in the future. In the Fall of 2002, he attended the Dave Brubeck Institute to study under the tutelage of Christian McBride, where he was introduced to master the essentials needed to become an exceptional bass player. After two years with McBride and the many other jazz masters who passed through the Institute, Sanders felt ready to head to New York and put into practice his knowledge and passion.

As gigs and jam sessions rolled, Sanders´ name was heard more widely in the city. An opportunity came knocking at his door. A year into being a New Yorker, Sanders was on his way to Los Angeles to attend the prestigious Thelonious Monk Institute, under Artistic Director, Terence Blanchard.

While at the Monk Institute, Sanders honed his skills even further and embraced new musical concepts brought on by Blanchard. He was also challenged by others who were brought into the Monk Institute to share their concepts such as; Jason Moran, Benny Golson, Wynton Marsalis, Stephon Harris, and Lewis Nash, to name a few. During this time, Sanders took one-on-one lessons from exceptional bassists who have always inspired him to keep moving forward, they included John Clayton, Bob Hurst, Ron Carter, and Charlie Haden.

Upon graduation from the Thelonious Monk Institute Sanders returned to New York City. Recently, he placed 2nd in the finals of both the International Society of Bassists Jazz Bass Competition and the Thelonious Monk Institute´s International Jazz Bass Competition. Currently he leads his own band Joe Sanders´ Infinity in jazz clubs throughout New York City, and tours extensively in Europe and the States with Gerald Clayton Trio.

"I am fortunate to have found my calling," says Sanders. "I hope to reach people´s hearts and make a difference in their life through the spirit of music."