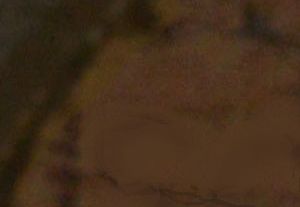 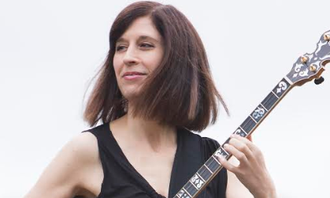 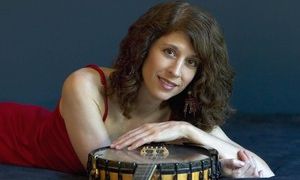 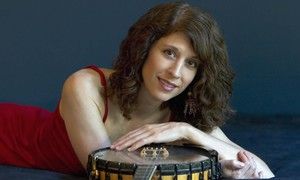 05/27/2008
Smalls
The Cynthia Sayer Group
Upcoming Shows
Cynthia Sayer is internationally acclaimed as one of the leading jazz banjoists, and is also known for her vocal, entertaining and multi-instrumental talents. Ms. Sayer has worked with such artists as Woody Allen, Dick Hyman, Milt Hinton, Bill Cosby, George Segal, Wynton Marsalis, Les Paul, Odetta, Marvin Hamlisch, Bucky Pizzarelli, Kenny Davern, Dick Wellstood, Bob Wilber, Doc Cheatham, Warren Vaché, Ken Peplowski, and many others. She tours regularly and is featured in concert and at festivals worldwide. Cynthia is a 10+ year veteran of Woody Allen's New Orleans Jazz Band, on piano & vocals. She appears in "Wild Man Blues," the award-winning feature film documentary about Woody Allen and the band on tour in Europe. She was the banjoist with the New York Philharmonic performances of "Rhapsody In Blue." Cynthia performed for two USA Presidents (once at the White House), in concerts at Carnegie Hall, with the New York Philharmonic, and at the Metropolitan Opera House, performing in a Twyla Tharp production for the American Ballet Theater. Cynthia co-starred in "The New Spike Jones Show," as featured in People Magazine and The Wall Street Journal's front page. Her banjo, vocal, multi-instrumental and acting talents received rave reviews. Sayer composed and produced a series of radio and TV jingles for Laser Medical Associates. She has also been a musical consultant for several feature films plus played on soundtracks including Sophie's Choice, Woody Allen films "Purple Rose Of Cairo" "Bullets Over Broadway, "Anything Else," TV's "The Cosby Mysteries" among others. Her television and radio credits are extensive, both in the USA and abroad. On the lighter side, she is the subject of a Trivial Pursuit game question (90's Edition), plus was the official banjoist for The New York Yankees. Some sample engagements: In 2001 Cynthia was featured on Marian McPartland's NPR show, "Piano Jazz. 2002 saw her in concert with some of the top classic and progressive bluegrass players, including Bela Fleck, Bill Keith, Tony Trischka, Eric Weissberg & Mike Marshall, plus was filmed for PBS TV. In 2006 Cynthia was filmed for the Traditional Jazz Curriculum, an ambitious national educational project co-sponsored by The Smithsonian Institutions. She also began repeated appearances at The Dorchester Hotel in London. In 2008 Cynthia was filmed for a PBS documentary, "The Banjo Project" as one of today's top players. It is expected to be aired in 2010. Her many festival appearances include the JVC Jazz Festival (NYC and Boston), Molde Jazz Festival (Norway), Marciac Jazz Festival (France), Ascona Jazz Festival (Switzerland), Jazz Yatra (India), Kobe Jazz Street (Japan), Sweet & Hot Music Festival (Los Angeles) and others. Ms. Sayer has accumulated numerous awards and honors over the course of her career. Readers Polls from both trade and commercial publications named her Favorite Living Banjo Player, First-Choice Headliner, Best Banjo Player and 4-String Banjo All Styles. Cynthia has great tone and touch and a scorching solo style, wrote Frets Magazine. Three of her albums have been named as a Top Ten Classic Jazz Release by Cadence Magazine for the year they were released. The Dresden International Jazz Festival 2000 awarded Cynthia their trophy for Festival Favorite, describing her as "a pioneer of a new banjo style... an exceptional artist who, without showy gimmicks, captivates and excites her audiences." In 2006 she was inducted into the National Four-String Banjo Museum Hall Of Fame in Guthrie, OK, in the category of Performance. The New York Times points out that "within the small society of contemporary jazz banjoists, women are even rarer. One of that very rare breed, Cynthia Sayer, plays with a plunging drive ... and her jazz-inflected singing [has] a deep sense of involvement." Cynthia's long-awaited eighth release, in 2007, is ATTRACTIONS with Bucky Pizzarelli. It is receiving rave reviews, including being selected for two "Best CDs of 2007" lists. Please visit this website's "Recordings" page for complete information on this and her other recordings. Cynthia Sayer graduated from Ithaca College, Magna Cum Laude. She endorses OME Banjos and GHS Strings. Weblinks: www.cynthiasayer.com