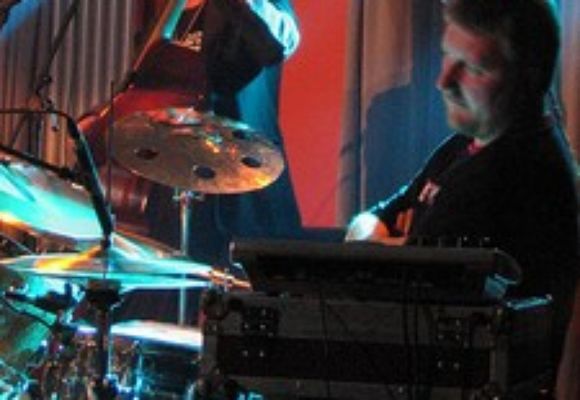 Schuller moved to Boston in 1967 and returned to New York City in 1975) and has been professionally active in jazz and many other forms of improvisational music since the early 1970's.

Being the son of Gunther Schuller, Ed has from the beginning been exposed to many kinds of music and musicians. His formal training in music began at age 15 when he took up the acoustic bass under the tutelage of Cleveland Symphony cellist David Levinson. He went on to the New England Conservatory of Music where he continued his classical training on acoustic bass with Larry Wolf of the Boston Symphony, as well as jazz studies with pianist Jaki Byard and theory / composition with saxophonist Joe Maneri. Other teachers include Ran Blake, George Russell, Thomas McKinley and Chuck Israels. He acknowledges the influences of such bassists as Oscar Pettiford, Charles Mingus, Paul Chambers, Scott LaFaro, Charlie Haden and Dave Holland. In 1975 (at age 20) Ed played his first tour of the U.S. in a group led by guitar legend Pat Martino and throughout the late 70's and 80's went on to perform, record and tour, both nationally and abroad, with a variety of musicians and bandleaders. These include the late Jaki Byard, Lee Konitz, "The Paul Motian Quintet", Joe Lovano, Bill Frisell, the late Jim Pepper, Mal Waldron, Tim Berne, Mack Goldsbury, Perry Robinson, Marty Cook, Gerry Hemingway, Kenny Werner, Tom Varner, "Night Ark" and a host of others. In the last decade he has continued to tour and record with recent Grammy award winner Joe Lovano, Mal Waldron, Perry Robinson, Marty Cook as well as" The Mingus Epitaph Orchestra", Steve Lacy, Nicolas Simion, the late Jeanne Lee, Karl Berger, Andy Laster, Arto Tuncboyacian, Herb Robertson, Mat and Joe Maneri, Ernst Bier, Paul Grabowsky, brother George Schuller and father Gunther Schuller. In addition to having appeared on over 80 recordings as a side man over the last 12 years he has produced and recorded 7 CD's of original music as a leader featuring such artists as Joe Lovano, Greg Osby, Dewey Redman, Mack Goldsbury, Billy Hart, Paul Motian, Ronnie Burrage, Jim Black, Victor Jones, Gary Valente, Bill Bickford and others. He has also led several groups on tour both in the U.S.A. and Europe, including the "11th Hour Band" which focuses mainly on Schuller's original music and "Da 'Koda", a band that that presents the music of the late Jim Pepper as well as music derived from other Native American and World music sources. He has formed a working collaboration with his brother, drummer/ composer George Schuller (b. 1959) in a quartet named " The Schulldogs," Other recent endeavors have included tours and engagements with Eddie Henderson, Frank Lacy, Mat Maneri, Ray Anderson, Uli Lenz, the completion of a solo bass recording and an ongoing project to write a book on the art of musical improvisation.

Besides his work as a erformer, Ed Schuller has written over 50 compositions for a variety of ensembles and contexts not only for his own projects but for others as well. He has served as an instructor in a number of workshops / clinics throughout the world including 7 years as director of the jazz department at the Schweitzer Institute in Sandpoint, Idaho, 4 years as an acoustic bass teacher at the Hanns Eisler Hochschule in Berlin Germany, as well as many other workshops at various levels around the world (including the US, Europe, Australia, Venezuela and Morocco).