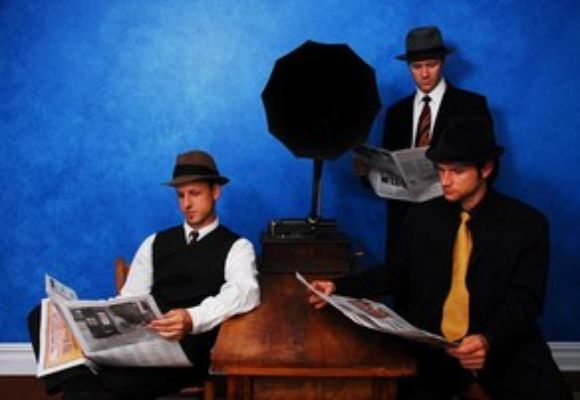 Tobias is a freelance drummer working in the New York City area as well as a producer, composer, and arranger. He plays in a wide variety of groups varying in style from jazz to R&B to rock and more. Along with writing and arranging music, he teaches private lessons on drums, guitar, and piano. He has a bachelors degree from Berklee College of Music and a masters degree from Manhattan School of Music.

Tobias was fortunate enough to work with legendary producer/engineer Phil Ramone at N2K records and in so doing played with Lenny Kravits and worked with another legendary producer Terry Manning(Led Zepplin, ZZ Top). Through his work with Phil Ramone and N2K records, Tobias can lay claim to being the first drummer to be heard via "liquid audio" and downloaded from the internet. He has also worked with artists as varied as Cab Calloway, and Donald Fegan. He's a former member and/or collaborator with groups such as Skizm(winner of 1997 Grammy competition), Coral(BMG), Mike Errico(Valour), Blake Morgan(N2K), Josh Dodus, and Destroy All Monsters(Sony 550). Also local work with players on the NYC jazz scene such as Curtis Lundy, Micheal Leonhart, Ben Monder, Eric Lawrence, Duane Burno, Ryan Kisor, Art Baron, David Berkman, Joel Frahm, Neal Miner, Pete Yellin and many more. Multiple radio and tv appearances including ABC, CBS, MTV Europe, MuchMusic, and Telemundo. Besides freelancing, Tobias currently writes and arranges songs for his piano trio called TRIO WEST(check out www.myspace.com/triowest) and befriend me please.