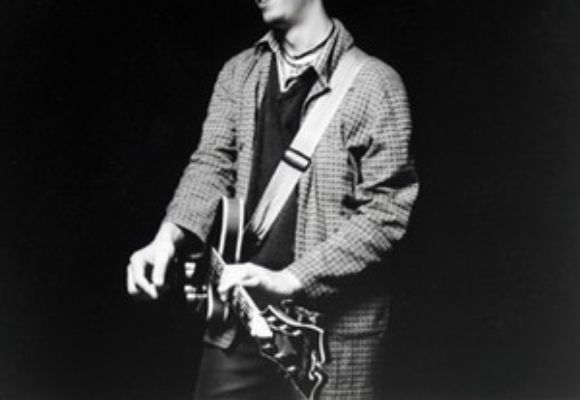 Rosenwinkel's improvising style was initially influenced by guitarists such as Pat Metheny and John Scofield, but has emerged as an individual stylist whose lines are lengthy and linear, akin to the approach of musicians such as John Coltrane, Keith Jarrett and Allan Holdsworth. His chordal language is amongst the more advanced for a guitarist, touching on ideas from George Van Eps and Ben Monder.

He attended the Berklee School of Music for two and a half years before leaving in his junior year to tour with Gary Burton, the dean of the school at the time. Subsequently, he moved to Brooklyn where he continued to develop as one of the leading jazz guitarists of his generation by performing with the Human Feel, Paul Motian's Electric Bebop Band, Joe Henderson Group, and the Brian Blade Fellowship.

In 1995 he won the Composer's Award from the National Endowment for the Arts and was eventually signed by Verve Records. Since then he has played and recorded as both a leader and sideman with fellow-alumni such as Mark Turner and Brad Mehldau as well as many others. His latest studio album, Deep Song (2005), features Mehldau and Joshua Redman. Some of his earlier albums include The Enemies of Energy, The Next Step and a more experimental Heartcore.