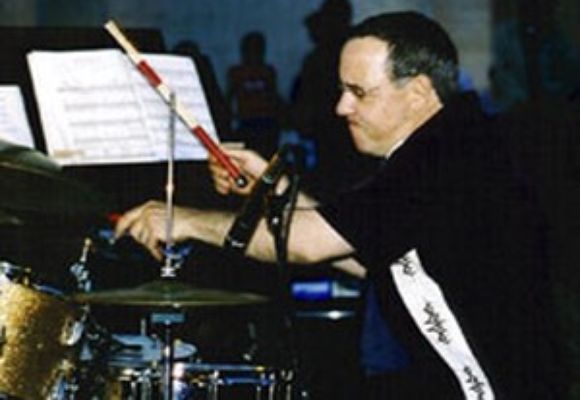 Tony Moreno grew up in New York City. His mother, Nina Dunkel Moreno, was a major influence on his interests in music. She was harpist, musicologist and teacher who studied at Juilliard and the Paris Conservatory with Marcel Grandjany and Nadia Boulanger. She later worked at Charles French Restaurant in Greenwich Village, where she met many great composers (Alec Wilder, Vernon Duke and Burt Bacharach) and musicians (Stan Koor). Stan was Tony's first drum teacher with whom he began a long apprenticeship at 10, continuing throughout high school.

Tony began playing and studying the piano at the Dalcroze School of Music at 4. At the age of 11, Tony's mom took him to the neighborhood club to hear Elvin Jones, from whom he purchased his first set of drums and cymbals a week later. Tony studied with Elvin at Frank Ippolito's Professional Percussion Center over the next 6 years (depending on Elvin's schedule!).

Tony also attended Jazz Interactions in NYC, where he studied with Al Heath and Freddie Waits. Tony also met Bob Moses, who as a drummer and composer, encouraged the idea of writing and performing original music. After attending the Manhattan School of Music, Tony freelanced in NY and began working in Europe, where he resided for 6 years. Tony has performed with a variety of musicians that include: Dave Phillips and Freedance with John O'Gallagher and Rez Abbasi. The group has made three recordings, the latest is Live in France 2005. Between 2005-07 they performed in France, Switzerland, Mexico, Portugal and the U.S. Tony is a member of Jurgen Friedrich's trio with John Hebert. They have recorded four CD's, the latest is Seismo.

Between 2005-07 they have performed in Germany, Switzerland and the U.S. In quartet, they perform with Dave Liebman. Tony has recorded four CD's with Bruce Arnold in trio with Ratzo Harris; the latest is Blue Lotus. Tony also performs with Bruce in Spooky Actions with John Gunther and Dave Phillips, who have made three recordings. The latest release is Music of Arnold Schoenberg.

The group performed twice in Moscow (2005-2006). Tony is a member of Kendra Shank's Quartet with Frank Kimbrough and Dean Johnson, which performs throughout the U.S. and has recorded two CD's, the latest is The Abbey Lincoln Songbook. Tony has also performed and recorded with Marc Mommaas and the band Global Motion with Nicolaj Hess and John Hebert. Their second recording will be released soon.

Between 2006-06 they performed in Holland, Denmark and NYC. In addition, Tony also plays in Marc's trio with Nate Radley. Tony also has performed and recorded with Roberto Bonati in various ensembles (touring throughout Italy) including trio with either Mario Piacentini or Gianluigi Trovesi to Quartet: Circles with Mario Piacentini and Paul McCandless and Silent Voices with Stefano Battaglia and Ricardo Luppi as well as the ParmaFrontiere Orchestra which has issued three recordings, the latest: A Silvery Silence (fragments from Moby Dick). Other tours include: Tribute to Elvin Jones 2005-06 (Spain and France) with Larry Willis, Miguel-Angel Chastang, Eddie Henderson, Frank Lacy and Sonny Fortune. Timucin Sahin Quartet with Greg Osby 2005 (Istanbul and Baku, Azerbaijan). Jean Michel Pilc Trio 2005 (Los Angeles and San Diego). OK/OK with Kyoko Kitamura, Khabu Young and Mike McGinnis NYC 2005-07 (a new recording is due out soon). And of course, with Bill Gerhardt and Mike Holstein in trio and quintet with Marc Momaas and Ron Horton 2005-06.