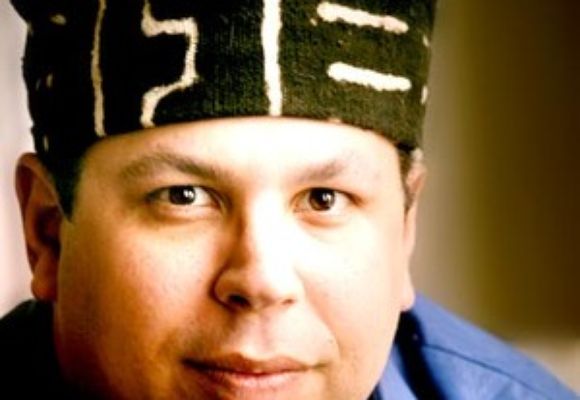 Isaac ben Ayala was born in 1969 in the borough of Manhattan, New York City. He attended South Shore H.S. (Brooklyn, NY), graduating in the top 1% of his class. While in High School he was President of the Music Honor Society, Editor-In-Chief of The Grand Staff, member of both Arista and Archon honors societies and composer and lyricist of his school's Alma Mater, The South Shore Anthem, which he conducted along with the rest of the entire graduation ceremony with full orchestra and chorus in 1987. While in High School, Ayala also attended Brooklyn College, The Brooklyn Preparatory Center, and The Hebrew Arts School, completing studies in composition, music theory, piano performance, orchestration and Classical Music history.

Ayala received his B.M. from The Oberlin Conservatory of Music, Ohio, with a Harpsichord Major and Minors in both Classical Piano and Composition, performing in Master Classes conducted by Anner Bylsma, Nigel North, Joe Henderson and Richard Davis, amongst others.

After college Isaac worked as a freelance musician in Cleveland, Ohio. At Karamu House he was Music Director of both Danny Duncan's Generations (produced by Ruby Dee and Ossie Davis) and The Swing Mikado, (Ayala's original composition commissioned by the theatre). He rose to the position of Principal Pianist in the Cleveland Jazz Orchestra and performed in all of the major jazz clubs in Cleveland, Ohio.

After two years performing on cruise ships, including Classical concerts aboard the Queen Elizabeth II, solo jazz piano aboard the Norway and participant in The S.S. Norway Jazz Festival (Winard Harper Quintet), Ayala returned home and has become one of the most sought after pianists on the New York City music scene.

Ayala has appeared with:

Currently, Ayala is Principal Accompanist for The Boys' Choir of Harlem.

Leading his own group Ayala has performed throughout the world, appearing at Cleveland's Bop Stop and The Boarding House, at Juan-Les-Pins' Garden Beach Hotel in Antibes, France, and at Smalls Jazz Club in New York City, to name a few. His orchestral arrangement of the New Orleans traditional jazz standard Basin Street Blues was performed by The Preservation Hall Jazz Band of New Orleans with The National Symphony Orchestra under the baton of Marvin Hamlisch, (Kennedy Center, Washington D.C., 2006). Most recently, Ayala led a quintet in a concert of traditional American music at an historic Medici villa in Florence, Italy (July of 2006).