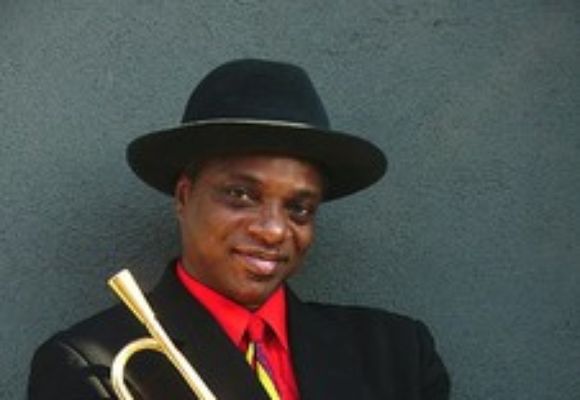 James Delano Zollar began his musical career at age 9 playing bugle in his hometown, Kansas City Missouri. At 12, he graduated to the trumpet where he began to discover his musical voice and focus. After high school he continued to study at San Diego City College and then the University of California at San Diego. At the same time he honed his chops with various funk and jazz bands and lead his own straight-ahead quintet. __In 1972, Zollar moved to San Francisco and he studied with the great jazz trumpet player Woody Shaw to study jazz improvisation.__In, 1984, he moved to New York City and played with the Cecil McBee Quintet for five years and then recorded with Tom Harrell, with Weldon Erving and Sam Rivers. Zollar was featured in Robert Altman's motion picture Kansas City, in Madonna's music video My Baby's Got a Secret, as well as Malcolm Lee's film The Best Man. He played on the sound truck of The Perez Family and is proud to be included in The Biographical Encyclopedia of Jazz (Oxford University Press 1999.). James was also a featured soloist with Jon Faddis and Carnegie Hall Jazz Orchestra as well as Wynton Marsalis and The Lincoln Center Jazz Orchestra.__ He remains New York based where he stands out in a wide range of musical settings. Today, he's playing with The Duke Ellington Orchestra, working with several of Don Byron's Bands, and also working with NYC Blues Devil. __ James is a really nice guy and very personal-sounding cat with a unique approach. He's absorbed the history of the music, and he plays it with great care and warmth. And he doesn't try to sound like anyone else says Ravi Coltrane his periodic jam-session partner.