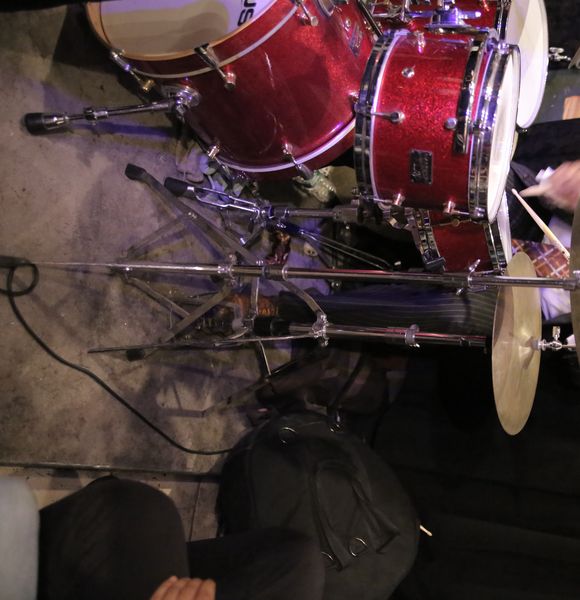 Originally from Kansas City, but raised in Compton, California, Brandon Sanders has loved jazz music since he was a small child.  His grandmother, the owner of a jazz club in Kansas City, instilled this passion by sharing with him stories about Lou Donaldson and Stanley Turrentine.  At age 25, Mr. Sanders began to teach himself how to play the drums.  After playing for a few years, he decided to take his musicianship to another level.  He applied to study at Berklee College of Music in Boston, Massachusetts, and was accepted to the undergraduate program.  Since graduation, he has led a successful career as a sideman to many famed jazz musicians, including Joe Lovano, Billy Pierce, Esperanza Spalding, Mike LeDonne, Warren Wolf, Peter Bernstein, David Hazeltine, and Walter Smith.  Mr. Sanders is now a resident of the Bed Stuy  neighborhood in Brooklyn, New York, and is a school social worker in the public school system .  He performs regularly at Smalls and other venues in New York City.