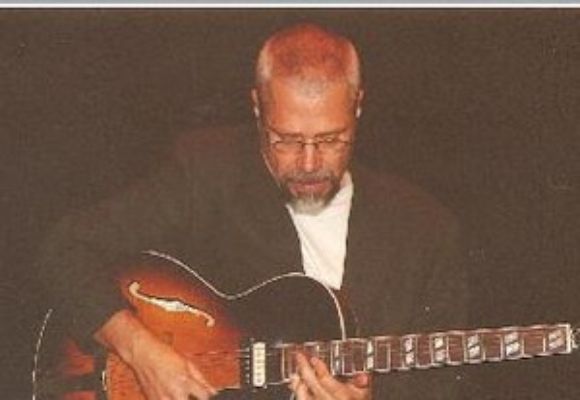 Doug is a critically acclaimed New York jazz guitarist. Since 1987 he has released ten albums as a leader and has appeared on close to thirty recordings as a sideman, producer, and arranger working with a diverse array of artists including Dr. John, Michael Brecker, and Dr. Lonnie Smith. Doug has over 75 original published compositions and over 200 recorded arrangements by the finest players on the scene today.

In the recording field Doug has received two Grammy nominations and two NAIRD awards. Amazon.com picked Boogaloo to Beck , on which Doug performed, arranged, and co-produced, as one of its Top Ten Jazz CD's of 2003. Doug also did orchestration work on the Oscar winning documentary When We Were Kings.

Doug has written three books on jazz improvisation for Warner Brothers Publications, including one entitled, From Swing to Bebop, that won the Music and Sound Retailers instructional book of the year award in 2000.

As an educator Doug created and was Director of the Jazz Studies Program at The Conservatory of Music at Purchase College from 1993-2002. He continues to teach there as Director Emeritus. This esteemed jazz program boasts a faculty that includes John Abercrombie, Todd Coolman, Jon Faddis, Javon Jackson, John Riley and many other top jazz performers.