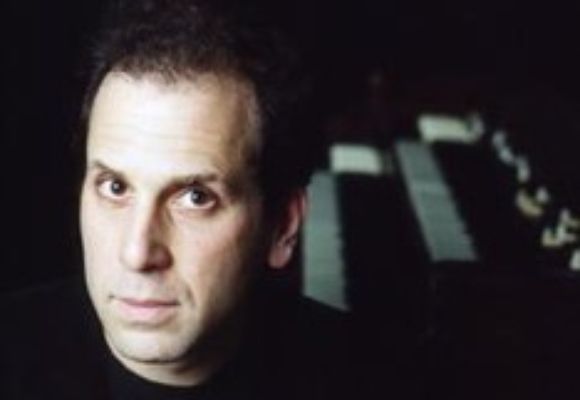 With his signature Hammond organ style and versatility on many keyboards, Boston native Larry Goldings has traversed not only the wide spectrum of jazz where he is perhaps best known, but also the worlds of funk, pop, and electronic/alternative music. High in demand as a sideman, Goldings' sound can be heard on scores of albums by artists in virtually every musical genre. Some of his more notable collaborations include tours and recordings with Carla Bley, Michael Brecker, Jack DeJohnette, Jim Hall, Jon Hendricks, Pat Metheny, Maceo Parker, Madeleine Peyroux, John Pizzarelli, John Scofield, Curtis Stigers, and James Taylor.

Under his own name, Goldings has made ten critically-acclaimed albums, many of them featuring his well-known organ trio with Peter Bernstein on guitar and Bill Stewart on drums. Goldings' most recent project, "Trio Beyond" (ECM), earned him, John Scofield, and Jack DeJohnette a Grammy nomination for Best Jazz Instrumental Album (2007).

In the past few years I have delved into such a wide variety of music that denying those influences in the making of this record would have been dishonest. In fact, what interests me most these days is the challenge of melding my disparate influences into a cohesive and personal sound.

I am excited by the idea of having a Björk song alongside Gabriel Fauré, next to Chico Buarque, next to an American folk song. And then in my own writing, I like the freedom of going anywhere I want. Eclecticism is really "in" now, and I love it, but only when it's not forced....only when it sounds honest. The idea is to show the connections in music, how different genres across the centuries are all so beautifully related.