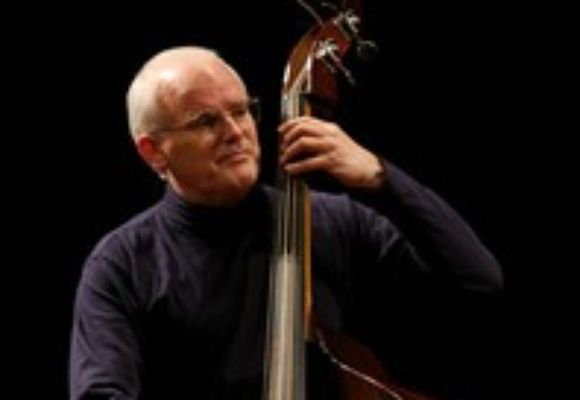 The Dennis Irwin Benefit The Benefit for Dennis Irwin which included many, many musicians who came out in record numbers to show support for this beloved musician. By the end of the evenings more than $14,000.00 had been collected at the door all of whic

Dennis Irwin was born on November 28, 1951 in Birmingham, Alabama but grew up in Atlanta and Knoxville. Early in life he discovered musicinspired by older brothers who coached him in jazz early onand began playing clarinet. As a teenager, his family moved to Houston, where he played in R&B bands playing alto sax and handling lead vocals. He attended North Texas State University studying classical music focusing on his clarinet. Two friends in the program, drummer John Riley and bassist Marc Johnson turned him on to the upright bass at the age of 19: he thus found his true calling and joined the school's acclaimed Two O'Clock Big Band.

In nearby Dallas, he worked as a sub with pianist Red Garland, who suggested Irwin move to New York. In August of 1974, Irwin headed north to New York when an old friend from high school offered him a place to stay and a job in a Greenwich Village record store. In no time he was gigging with Charles Brackeen, finally landing his first steady gig in trumpeter Ted Curson's group in 1975. He quickly became the bassist of choice with such vocalists as Jackie Paris, Betty Carter, Annie Ross, Ann Hampton Callaway, Tania Maria and Mose Allison. It's challenging to work with a vocalist, Irwin explains, because you have to listen for exactly what a singer needs. Sometimes it's about just getting out of the way, you can't play too hip, otherwise you draw attention to yourself. But that's true of playing behind any soloist. Playing the bass is about instinct and calculation. He looks back upon the years he spent with Allison as fun, because of Mose's knack for human and social commentary.

A number of musicians have served as mentors including bassist Ali Jackson, Sr., best known for the '50s session he co-led with trumpeter Wilbur Hardin featuring John Coltrane. Listening to Ali taught me so much, Irwin explains. He wasn't as well known as his brother, Oliver Bop' Jackson, but he really played with tremendous feeling and a strong tie to Africa. Today, people would describe him as something of hippie radical, but those were the times. Bassist Eddie Jones, known for his work with Count Basie was also a mentor, as were drummers Vernel Fournier, Ben Riley and Leroy Williams. I've been so lucky, he explains to learn directly from these masters. A stint with Brazilian pianist Dom Salvador, which included Dennis's first major recording session, jump started his long-term love affair with Brazilian music, fed regularly by Salvador's steady supply of choro charts which Dennis mastered on clarinet, as well as obscure Brazilian recordings.

In the summer of 1976, Scofield brought a group of his Berklee pals to play at Irwin's loft in New York City. The group, including Joe Lovano, Bill Drewes and Steve Slagle, remain close friends to this day. Lovano says best what most of Irwin's friends feel, Every time I'm around Dennis, musically or otherwise, it's like being at home bass. His deep passion is in every beat he plays and everyone in the room can feel it.

A regular gig at Folk City with pianist Albert Daily, sax man Carter Jefferson and drummer Adam Nussbaum was a particularly important growing experience. Working with Albert was an important lesson in playing hard and not falling off the galloping musical bronco, he recalls.

Nussbaum shares that, Dennis is one of my favorite bass players, from the first time we played together. He plays in a way that drummers love, firmly committed to the groove and having it swing. He's a really selfless player.

In 1977, Nussbaum learned that Art Blakey was looking for a bassist and suggested Irwin call the drum legend. Blakey put him in touch with Walter Davis, Jr. and the pianist had Irwin run through tunes from the band's book. Before they finished, Davis called Blakey and announced, We've got a bass player. Irwin stayed with Blakey for three "great years, starting in 1977. Davis was by later replaced by James Williams with whom Irwin formed a solid musical and personal friendship. They recorded the highly acclaimed duo record, Focus, in 1977. The Jazz Messengers also recorded several of Irwin's compositions including Kamal.

After Blakey, Irwin worked with many jazz legends including Stan Getz, Johnny Griffin and Horace Silver. I only worked with Horace about six months but it was a really a great gig, playing such jazz standards as Song for My Father and Nica's Dream, which sounded so different from the way they did on records. He also gigged regularly with Brazilian musicians including drummers Duduca Fonseca and Portinho.

Trumpeter/vocalist Chet Baker soon discovered Irwin's talents. Working with Baker brought him to the attention of drummer Mel Lewis. I started just sitting in with the band once in a while and eventually, when the bass chair opened up, I got the gig, Irwin remembers. He remains a member of the 40-year plus institution founded by Thad Jones and Mel Lewis in the mid '60s, and finds it to still be a challenge every Monday night.

At the time he joined Mel's band, Joe Lovano was in the sax section. Lovano and Dennis formed an immediate bond which began a musical association now spanning two decades. When Joe formed his Nonet, Irwin became his bassist. The Nonet's acclaimed recordings have included a live 2001 DVD recorded in Paris and 2005's Streams of Expression. Lovano explains, there are certain people in life that make you feel at home no matter where you are. For me, Dennis Irwin is one of those people, one of my closest brothers in the music, a great teacher and scholar of all the beautiful blessings life has to offer.

Irwin has been a member of various Scofield groups from 1992 until the present. He can be heard on Scofield's Blue Note recordings, What We Do, Hand Jive and Groove Elation. In addition to being such a fine bassist, John Scofield explains, Irwin knows about so many other things than just music, he's a fountain of knowledge. He's one of the few people you can just sit down and talk with about nearly anything. For me, that would be history, movies, books and all kinds of weird stuff. He's a magnet for knowledge; his brain is just incredible. I've never met a kinder, more thoughtful human being.

Irwin's love after jazz is Brazilian music. His unrealized solo recording project, now playing in his head for at least 15 years, focuses on Brazilian music, not jazz, per se, and features, among other genres, a generous helping of clarinet-centered chorinho. His time with pianist Dom Salvador in the late 1970s cemented this love and he's quietly studied this sometimes jazz-related music ever since.

This is but a small window into Dennis Irwin's life. He is the very proud father of trumpeter/bassist Michael Irwin and loving partner to singer Aria Hendricks. His decades of performances - in a great variety of configurations - have placed him in front of audiences across the globe. The names of those with whom he's shared music and stages and experiences is endless. Irwin is a part of many histories in the music community  the astonishing cast of characters volunteering to play the several benefits organized on his behalf stand as a testament to how well he is respected and loved by his peers.

Dennis passed away peacefully at 3:37 pm, March 10, 2008 surrounded by his son Michael, brother David and other devoted family members and friends. The staff of the 5W ICU at Mt. Sinai Hospital in NYC performed beyond the call of duty and were warm, caring and made Dennis's stay as comfortable for him, and for his loved ones as possible.