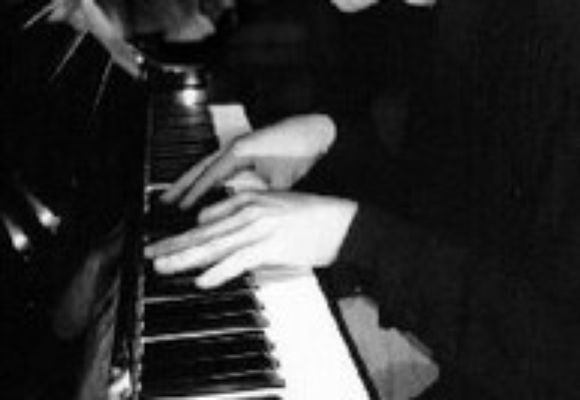 Olivier Lancelot has been appearing in Paris and worlwide since 1989. He started playing professionnally at the famous Parisian cabaret Les Trois Maillets (where he continues playing to this day), and then played in the Paris jazz clubs. More and more bands keep hiring him, and in 1994, he shares with Louis Mazetier the privilege of playing regularly with the internationally acclaimed band "Paris Washboard", until 1999.

He can also be found in his favorite clubs in Paris (Petit Journal, Slow-Club, Caveau de la Huchette, le Bilboquet, l'Hippocampus), as well as in a number of international venues where his "stride" style, so spectacular, is always much appreciated.

In 1999, he creates his own trio "Lancelot et ses Chevaliers", and records a CD during a live concert. This trio has already played in le Franc Pinot, and at the festivals of Bayonne, Le Mont Dore, Villeneuve sur Lot, and at the Petit Opportun.

Nowadays he appears with this trio, or as a solo pianist, and continues to be hired by many bands as an accompanist or as a featured soloist.

But his repertoire is not limited to hard-core stride piano: he has also accompanied actor-singer Philippe Uchan in his show of French songs.