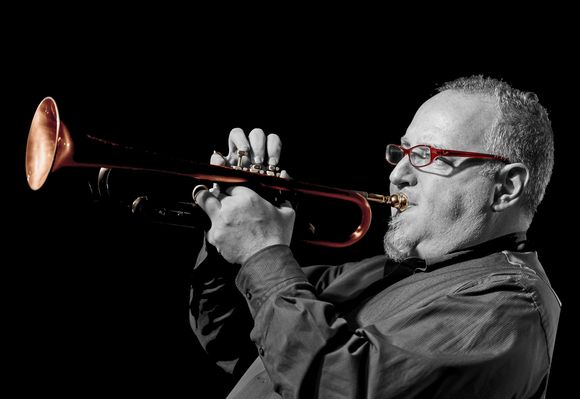 Born in Buenos Aires, Argentina, three time Grammy nominee Diego Urcola has been a member of the Paquito D'Rivera Quintet since 1991 as well as working regularly with the Caribbean Jazz Project since 2004. Additionally, the oft in demand trumpeter performs regularly with the legendary saxophonist Jimmy Heath and the Dizzy Gillespie Alumni All Star Big Band.

Urcola's musical studies began at the age of 9, in the Music Department of the Colegio Ward where his father Ruben served as director. He continued his studies and in 1988 he received the title of Profesor Nacional de Música from the Conservatorio Nacional de Musica.

Subsequently, having received a scholarship to study abroad, the trumpeter and flugelhorn player moved to Boston where he attended the prestigious Berklee College of Music. In 1990 he received his diploma with an emphasis in Jazz Performance. Less than a year later, he made the jump to New York where he established himself as one of the truly gifted and versatile young artists. He has never looked back.

As noted, his affiliation with D'Rivera's various projects began almost upon arrival. He also began working with a number of other well known artists. In the mid 1990s he toured with Slide Hampton, the great trombonist and arranger, in a group the bandleader referred to as The Jazz Masters.

Urcola toured extensively with the United Nations Orchestra under the leadership of D'Rivera after Dizzy Gillespie's death. He also spent a short time working with Wynton Marsalis, including performing with the Lincoln Center Jazz Orchestra at the 1996 Olympic Games in Atlanta.

By this time, Urcola received calls regularly, and he was starting to lead his own bands. Still, he decided to augment appearances with further music education. In 1997, he received his master's degree in Jazz Performance from Queens College, in New York, a school whose well respected jazz department was anchored by Jimmy Heath. That same year, Urcola earned second place honors at the 1997 Thelonious Monk International Jazz Trumpet Competition. Although already a seasoned performer, the honor broadened awareness of his work.

During the next few years Urcola received key assignments from players a generation or more older than him. The late saxophonist icon, Joe Henderson, invited him to join his band. So did trombonist Steve Turre who, at the time, was leading a project he called Sanctified Shells, an atypical ensemble centered on the use of conch shells. Other associations for Urcola at the time included work with the Carnegie Hall Jazz Band and with Wayne Shorter for a broadcast TV special titled, "The 2nd Annual Celebration of America's Music." The special broadcast, hosted by Bill Cosby, aired on ABC TV in 1998.

Urcola's exceptional technique served him well. In 1999 the late vibraphonist, Milt Jackson, formed an all star big band, asking him to participate. A year later, the ever adventurous Urcola became a member of the International Vamp Band, a group founded by iconoclastic bass player Avishai Cohen. During the following two years Urcola's star rose even higher. In 2001, as part of the D'Rivera quintet, he earned a Latin Grammy; the following year, Urcola, again working with D'Rivera, took part in the film Calle 54 the acclaimed music documentary. Tours of Europe, The United States and Latin America followed under the banner of the Calle 54 All Star Band.