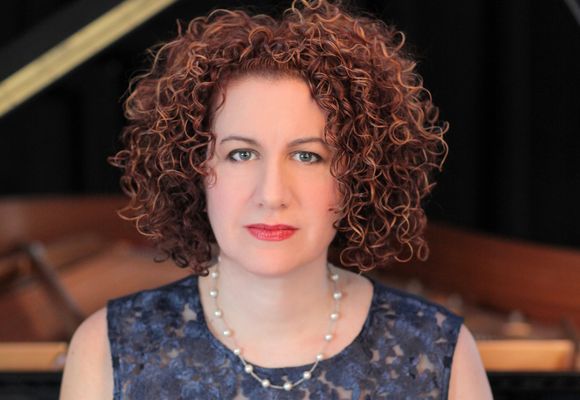 Pianist/composer Roberta Piket is one of a handful of New York musicians who is respected for both her swinging and inventive straight-ahead jazz playing as well as her powerful and sensitive work in creative improvised music. For Roberta, there are no genre boundaries, only exceptional music to be made.

Roberta has played professionally as a sidewoman with David Liebman, Rufus Reid, Michael Formanek, Lionel Hampton, Mickey Roker, Billy Mintz, Harvey Wainapel, Eliot Zigmund, Benny Golson and the BMI/NY Jazz Orchestra and has thrice been a featured guest on Marian McPartland’s Piano Jazz, on National Public Radio. She has also performed with some of the most interesting musicians in European and American creative music, including drummers Klaus Kugel and Billy Mintz, and saxophonists Petras Vysniauskas, Roby Glod and Louie Belogenis.

A gifted composer as well, Roberta was a finalist in the Thelonious Monk BMI Composers’ Competition.

Roberta is from Queens, NY. Her father, the composer Frederick Piket, gave her her first piano lessons when she was seven. Roberta began playing jazz in her early teens, studying jazz piano with Walter Bishop, Jr and classical piano with Vera Wels. After graduating from prestigious Hunter College High School, she entered the joint double-degree program at Tufts University and the New England Conservatory of Music, earning a Bachelor’s Degree in Computer Science from the former and a Bachelor’s Degree in Jazz Studies from the latter. During this time she studied privately with Fred Hersch, Stanley Cowell, Jim McNeely and Bob Moses. Upon returning to New York, she studied for six years with Richie Beirach, and later studied briefly with Sophia Rosoff.

Roberta’s trio has toured Japan and Spain as well as the U.S. She has performed her music at the Kennedy Center (Washington, D.C.), at the Earshot Festival (Seattle), at the Rochester (NY) Jazz Festival, and in New York at Small’s, the Blue Note, Birdland, and Dizzy’s at Jazz at Lincoln Center.

Roberta’s CDs frequently make the “best of” lists of the major jazz magazines. Whether performing her original compositions or highly personalized reworkings of standards, Roberta’s daring rhythmic modulations and harmonic expansiveness set a new standard for the piano trio. “September of Tears”, released in Japan, finds Roberta joining forces with Rufus Reid and Billy Hart. The 2006 release, Love and Beauty, features bassist Ratzo Harris and drummer Billy Mintz. A confessed “closet singer”, Roberta also made her vocal debut on Love and Beauty. Her new release, Sides, Colors, features herself and Mintz with bassist Johannes Weidenmueller in settings for winds and strings. The new CD offers other surprises, including a scat/piano vocal and Roberta on B3 organ.

Roberta’s recordings have earned rave reviews in JazzTimes, downbeat, the Washington Post, and Jazziz. A musical pioneer in several ways, Roberta is the first and only female jazz pianist with a release as a leader on the prestigious Criss Cross label (the 1997 Unbroken Line).

Roberta maintains an active schedule as an educator. She has held master classes at the Eastman School of Music (where she performed solo and in duo with Marian McPartland), Rutgers University, Cal Arts, Duke University, the Northwestern University Composers’ Colloquium, and many others in the U.S., Europe and Japan. She has coached ensembles at Long Island University, has several private students, has served as a panelist for the Queens Council on the Arts grant review process and has taught at the Litchfield Jazz Camp and the Vermont Jazz Center. She is also the author of the Jazz Piano Vocabulary series of workbooks (Muse-Eek Publishing).

Roberta occasionally performs on B3 organ, playing at clubs such as the Harlem landmark Showman’s. She has written several big band compositions, three of which are in the repertoire of the Seattle Women’s Jazz Orchestra. In recent years she has toured Europe several times, including France, Germany, Luxembourg, Ukraine and Spain.