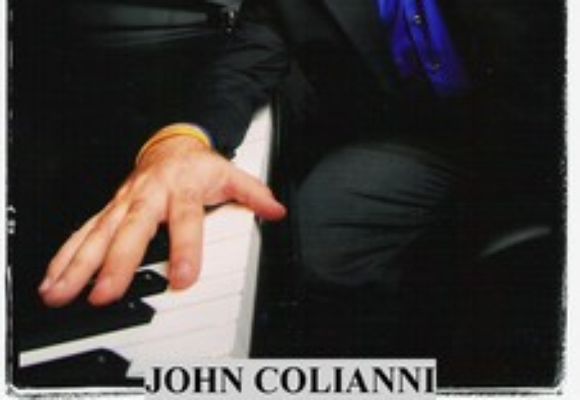 Professionally based in New York, John resides in Northern New Jersey, with his son, Torre.

John Colianni grew up in the Washington, D.C. metro area, and first heard Jazz on swing-era LP re-issues (Ellington, Goodman, Jimmie Lunceford, Count Basie, Armstrong, etc.) in his parent's home. A performance by Teddy Wilson in Washington attended by John when he was about 12 years old also left a strong impression, as did a Duke Ellington performance.

Showing keyboard aptitude, a suitable teacher for John was sought out by his parents. Local musicians recommended Les Karr, who, in addition to teaching , was well known as an outstanding pianist. Weekly lessons with Les Karr began in the 8th Grade, when John was 14. Les Karr himself studied under Teddy Wilson at Juilliard in NYC. Les was also the first cousin of pianist Dick Hyman.

Still in High School, Colianni began playing piano professionally on the Washington, D.C. Jazz scene, which, during that period included a number of colorful Jazz clubs like The Pigfoot, Mr. Y's Gold Room, One Step Down, Blues Alley, etc.

There was an event that took place years earlier, which perhaps helped set the stage for John's interest and involvement in the music world: Duke Ellington, the most celebrated musician to ever come from Washington DC, passed through town with his Orchestra on a tour during his latter period. Colianni, very young at the time, was mesmerized and electrified by the concert, and afterwards presented Duke a copy of the Ellington autobiography "Music Is My Mistress", which Duke signed with a personalized message. (Ellington is also supreme on the list of pianists who have notably influenced JC. Other admired players include Oscar Peterson, Art Tatum, Erroll Garner, George Shearing, Count Basie, and Teddy Wilson.)

The Colianni family re-located to the Jersey Shore during JC's senior year in High School; it was here, in the early 1980s, that John came to the attention of Carlton Drinkard, former accompanist to the one and only "Lady Day" - Billie Holiday. Drinkard toured and recorded with Ms. Holiday (for various periods between 1949 and 1958). Carlton assembled JC's Trio, and coached John in creating new arrangements and performing before live audiences.

Roughly a year and a half after re-locating to Jersey, JC visited Lionel Hampton backstage at an Atlantic City New Year's Casino job; this led to a spot in Mr. Hampton's Orchestra, with which JC traveled and recorded on and off for 3 years. Other band members during John's stay included tenor sax great Arnett Cobb; saxist Paul Jeffrey; saxist Tom Chapin; drummers Frankie Dunlop, Oliver Jackson and Duffy Jackson; bassists George Duvivier and Arvell Shaw, and other greats.

Not too long after the Hampton gig, John entered and won a cash prize in the 1st annual Thelonius Monk Piano Competition in 1987.

In the 1980s, John played a variety of gigs, including a stint with the New Orleans-inspired band of movie director/clarinetist Woody Allen. Allen's band played steadily at Michael's Pub in NY, and it was here that John came to the attention of Mel Torme', who was appearing concurrently at the same club. Hearing one of JC's recordings through the venues' system between sets, Mel promptly hired John as his pianist (without an audition). John worked for Torme' for 4 and 1/2 exciting years, from early 1991 to mid 1995, touring and recording 6 albums.

Les Paul offered the piano spot in his group to John in August of 2003. Les has not used a pianist in his combo since the '50s, and, in looking for suitable candidates, sought the advice of players like guitarist Bucky Pizzarelli, who recommended Colianni. As of this writing, John is still with Les Paul's group. In Les Paul's recent autobiography, "Les Paul: In His Own Words" (Cochran), Les writes an appreciative description of John's style of playing and musical contributions to the re-vamped Les Paul Quartet. JC is also seen and heard on the PBS documentary, "Les Paul: Chasing Sound", premiered in July of 2007.