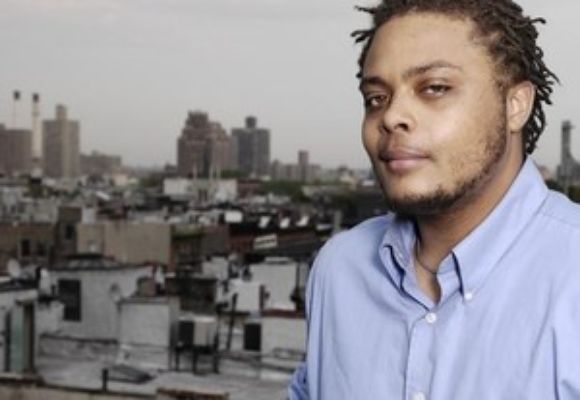 New York City based saxophonist and composer Logan C. Richardson is a fresh new voice on the alto saxophone. His full, broad sound, wide intervallic leaps, along side of a dense harmonic approach are just the beginning of a description of Logan's unique sound. Logan's compositions encompass a whirlwind of different sounds and textures, pulling from various styles traditional and modern.

Since, Logan has recorded,and released his debut album as a leader on Fresh Sound Records-New Talent(2007).He is recieving extremely complimentary praises for his debut attempt.

" The label Fresh Sound New Talent is aptly named in regard to the young alto saxophonist it introduces on this recording. Logan Richardson has a fresh sound, accommodating enough to please the adventurous but not so out it can't be enjoyed by general jazz listeners who want to explore new territory. Despite its brainy title, Cerebral Flow is about more than conceptual ideas or even technical virtuosity. Richardson's intriguing compositions and playing convey emotionor maybe it's that they provoke feeling in the listener."

"Saxophonist Logan Richardson's debut album Cerebral Flow eschews the derivative character and high gloss aesthetic of recordings by so many other players of his age, and offers music that is fresh, human and uninhibited." -Mark F. Turner-(All About Jazz-NY)

"Logan Richardson's music is a breath of fresh air. The young saxophonist composes and improvises with an undeniable spirit of musical renewal. The music on Cerebral Flow, Richardson's debut as a leader, is bold, sophisticated, and uncompromising. The disc portrays a forward thinking, optimistic, vision of a musical world wrought with open ended challenges."-John Barron-(JazzReview.com)

Currently Logan is leading his band at various venues in and around New York City, as well as out of the city. Combining education in giving music clinics to a range from elementary level students to graduate studies students.