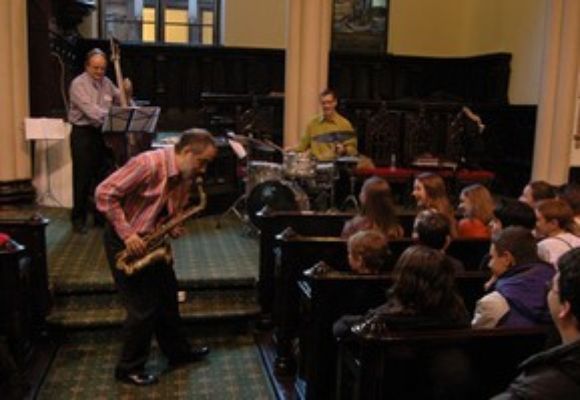 Dave Ratajczak is one of the most sought after percussionists in the New York metropolitan area. Mr. Ratajczak has performed and recorded with a wide variety of artists including The Woody Herman Orchestra, Gerry Mulligan, Eddie Daniels, Grady Tate, Milt Hinton, and Kenny Rankin, The New York Philharmonic, The Boston Pops, The Orchestra of St. Luke's, Audra McDonald, Rosemary Clooney, Bebe Neuwirth and John Fedchock's New York Big Band,.

As a studio musician, he has performed on movie soundtracks: (Dead Man Walking, Cradle Will Rock, Wolf, The Pelican Brief, Object of my Affection, It Could Happen To You, Miller's Crossing, Brighton Beach Memoirs and Biloxi Blues) as well as numerous TV and Radio jingles.

Dave is a graduate of the Eastman School of Music.