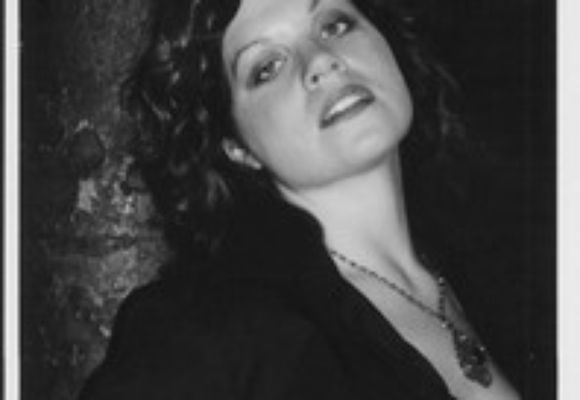 Chicago's next major jazz artist to take flight.  Howard Reich, Chicago Tribune Toss her a subject or a groove and hang on tight. She'll shake it, knead it, pummel it, wring it until it drips with the essence of her signature soul style. The harder you listen the more you're repaid with a sound so pure that you ache when it stops. Her songs are inspired by events. The events are the pages of the book of life. If it's her skill as a band manager, her experience as a promoter, her connection with her students or her ability to make you feel like a windblown leaf on the urgent zephyr of her voice, it's all about connecting with you and making you understand just how great it can be.  Michael Sandow, Forest Park Post Since 1998, Typhanie Monique has been a tour de force on the Chicago music scene as a vocalist, bandleader and songwriter. The soulful, honey-voiced chanteuse is one of Chicago's hardest-working musicians. She has performed at every major venue in the Chicago club scene over the past 10 years, leading legendary groups such as SUMO, Peking Turtle, Mr. Egg Germ, Jive Council, Choral Thunder, the T. Monique Quartet and the Typhanie Monique & Neal Alger Duo. Over the past four years, Typhanie has devoted herself to her primary passion  jazz  and has made her mark on the international jazz scene with longtime musical partner Neal Alger, one of Chicago's finest improvising guitarists. Their creative synergy began in 2000 when Monique asked Alger to be a sideman in her jazz quartet and to occasionally take the lead guitar role with her original funk outfit Peking Turtle. Monique quickly realized the musical dynamic between herself and Alger in January 2003 when the two were invited to reside weekly at the highly acclaimed Pop's for Champagne, where they fused and polished Tymoneal and held court for over 3 years. In 2004, Typhanie teamed with Alger to record her first jazz CD, Intrinsic (Blujazz Records). Intrinsic did more than just capture the duo's organic, soul-infused flavor in an intimate studio setting; it received national radio play, got the attention of the press and landed them national touring opportunities. 2007 has been an incredible year thus far for Typhanie Monique. It began with a new CD, In This Room. Monique and Alger took a different approach with their second release, collaborating with world-class musicians such as Tom Kennedy (Dave Weckl Band), Ernie Adams (Al Di Meola) and Brazilian artist Paulinho Garcia. Production-wise, their sound is more polished, and their years of experience as a duo come through clearly in the innate delivery of their sound. The song selection on In This Room stays true to the duo's vibe with originals, contemporary favorites and jazz standards. Kate Smith Promotions promoted the release internationally via radio, and the CD continues to receive rave reviews from national and regional jazz publications. This year alone, Typhanie has performed at the prestigious Chicago Jazz Festival, the Stevens Point Jazz Festival, and the Old Town School of Folk Music opening for jazz saxophonist Chris Potter. She has also toured the U.S. with Alger promoting their latest release. In July '07, Typhanie took flight on an international solo journey after being invited to teach and perform in Moscow, Russia. There, she played with some of Russian's top jazz musicians  including saxophonist Oleg Kireyev and pianist Vladimir Nesterenko  and performed in Moscow's top jazz clubs. Typhanie taught jazz vocals, music business and the art of scat during a 3-week summer workshop at the Moscow College of Improvised Music  an opportunity that opened the door to the European jazz scene for her. She looks forward to one day returning to Moscow, and will continue to make her presence known in the international jazz community. JazzTimes magazine described Typhanie's sound as a modern-day Sarah Vaughan with iridescent traces of Lena Horne. Others have compared her sound to Minnie Ripperton, Chaka Kahn, Diana Krall and Eykah Badu.