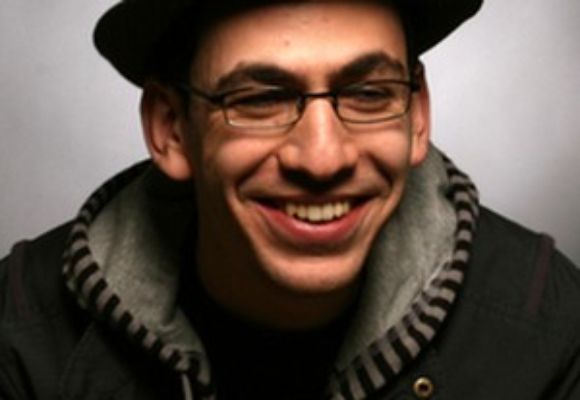 Pianist and composer Omer Klein is gaining international recognition for his performances and recordings, as a band leader and a sideman. At 25, he is the newest force in the Israeli  New York City Jazz movement. In a review of his recent CD, The Village Voice praised his originality: "on the new 'Introducing Omer Klein', he indicates that he's arrived without echoing any of the masters - an accomplishment these days". All About Jazz noted his "tumultuous lyricism" and Jazz Times described his compositions as "folk songs for the melting pot of the new millennium, with strong Middle Eastern and African elements". Klein is performing extensively worldwide; Aside from leading his own group, he has worked with Jazz artists such as Omer Avital, Joel Frahm, Avishai Cohen, Jason Lindner and Meshell Ndgeocello, and collaborated with Israeli music icons like Yehudit Ravitz and Alon Oleartchik.

'Introducing Omer Klein', his critically-acclaimed debut CD as a leader, was released in February 2008 on Smalls Records. The album is comprised of 10 original compositions by Klein, featuring beautiful interpretations and improvisations by his world-class ensemble: Omer Avital on bass and oud, Ziv Ravitz on drums and Itamar Doari on percussion. Reviewing the CD, Jazz Times wrote: "...at 25, Klein has the potential to achieve something much rarer for a jazz musician: popularity. What he plays is exotic yet accessible and makes you feel fully alive". Through out 2008, Omer is performing his music in various NYC venues. In the summer he will tour Israel and Europe with his group, and will later on go into the studio to record his next album. Other events this year include a tour in Italy with Omer Avital's quintet, duo concerts in Holland with bassist Haggai Cohen Milo, and the release of a new CD by Mura, the Israeli rock band of which Klein is a member. Klein is also exploring collaborations with artists from different fields. The new film, 'Enemigos Intimos', by Mexican director Fernando Sarinana, features two of his compositions, and he is working on a new piece for the NY-based Artichoke Dance group.

In 2007 Klein released 'Duet', a co-led CD with Haggai Cohen Milo, on the Spanish label Fresh Sound New Talent. The duo toured Belgium and performed in Spain, Israel and US. On their concert at the Getxo Festival, the Spanish 'Gara' wrote "Freshness of discourse and fluid technique& they walked a path open at all times to discovery and surprise." Downbeat magazine described the album as "A mouthwatering glimpse of burgeoning talent." Also in this year, Klein toured Israel with the Omer Avital Trio, and gave a rare solo piano concert of songs by Israeli composer Matti Caspi. He gave US performances with artists like Eli Degibri, Ben Street, Johnathan Blake, Donny McCaslyn and others.

Omer Klein has performed at the Getxo, Jazz Winter, Duke Ellington, Red Sea, Jazz Masters, Zsambek, Veviers, Plaza de Las Artes CNA, and Israel Festivals. As a major young force in the creative music scene in New York, he has performed in the city's most prestigious venues, including Carnegie Hall, Iridium, Jazz Standard, Smalls, Joe's Pub, The Jazz Gallery, Knitting Factory and others. An original musical thinker who combines the analytical with the intuitive, Klein has received great acclaim as an educator. He instructed ensembles at the New England Conservatory of music and the Thelma Yellin High School, and gave master classes at the Maastricht Conservatory in Holland, the Jerusalem Academy of Music and Dance, and the Rimon School of Jazz and Contemporary Music.

Omer Klein was born in Netanya, Israel in 1982. He graduated from the prestigious Thelma Yellin High School of the Arts, and was acknowledged by Israel's Ministry of Culture as an "Outstanding Musician". He studied at the New England Conservatory in Boston with Danilo Perez, Ran Blake, Alexander Korsantie, George Garzone and Jerry Bergonzi. He currently studies composition with David Rosenmeyer and classical piano with Benjamin Hochman, through the generous support of the America Israel Cultural Foundation.