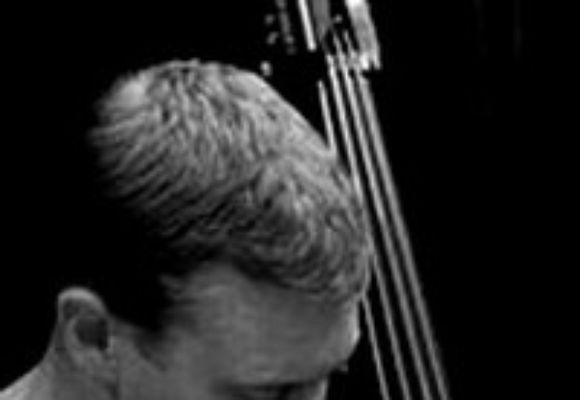 Ike Sturm (born June 29, 1978) is a well known bassist, composer and educator in New York City, USA. Ike Sturm is most known for his work as Assistant Director of Music for the Jazz Ministry at Saint Peter's Church in Manhattan. The church is internationally regarded as the Jazz Church. In addition to working as an educator and clinician, he leads a 10-piece ensemble in collaborative music and visual art concerts with his sister, clarinetist and artist Madeline Sturm. Ike lives in New York with his wife, soprano Misty Ann Sturm. Spirit, his first CD, was released in early 2004.

Ike Sturm has performed with Gene Bertoncini, Bobby McFerrin, Ben Monder, Maria Schneider, Kenny Wheeler, and many orchestras throughout the US. He has performed with Alarm WIll Sound and is a member of Neos, a new music quintet. He has played on four Downbeat award-winning recordings as well as composer Steve Reich's most recent releases on Canteloupe and Nonesuch Records. Ike studied jazz and classical bass while earning both Bachelors and Masters degrees at the Eastman School of Music.

The New York-based Ike Sturm Ensemble fuses diverse influences into a unified, contemporary style. The sounds of its ten improvising members speak to audiences within a saturated environment of original artwork painted by artist and clarinetist Madeline Sturm to complement the sound and form of the music.

A grant from the Eastman School of Music in 2001 provided an opportunity for the group's first multimedia performance of Spirit, a three-movement suite by Ike Sturm. Reflect (Live DVD 2003) is a through-composed six-part suite using paintings, photographs and projected images to convey symmetry in God's creation. Most recently, the group premiered a new work, entitled Shape of Day, a 7-part suite that traces the different perspectives of light encountered throughout a single day.