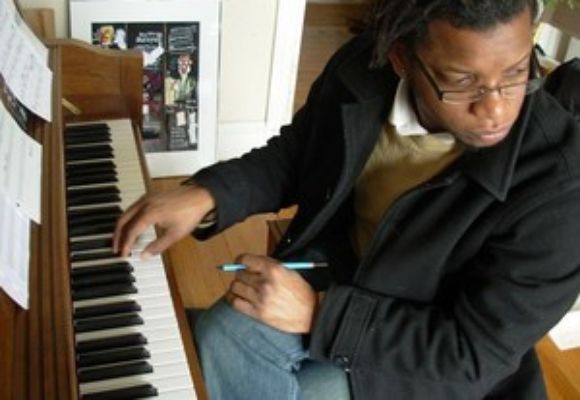 The Aruán Ortiz Trio brings together the sounds of be-bop, straight-ahead jazz, and traditional Cuban rhythms. Fresh on the Northeastern jazz scene from Cuba by way of Barcelona, Aruán presents original music from the trio's debut album: Aruán Ortiz Trio, Vol.1, released in Europe, Japan, and the UK in 2004, and to be released in the U.S. on Universal Records in July 2005. Touched by a variety of influences, from Andrew Hill and Red Garland to Catalonian composer Federico Mompou and Cuban legend Lili Martínez, Aruán's music transmits a fresh sound that brings together pure jazz and Afro-Cuban roots. From the first note he transmits a musical maturity, and conveys such energy and intimacy in his music that all who have heard him cannot remain indifferent. The trio originally met in 2002 during Aruán's first visit to Boston. Since his return in 2003, they have appeared on WGBH Jazz in the Evening with Eric Jackson and on WICN Worcester. His music has been featured on WERS, WHRB, and other local stations. The trio has played at prestigious local events such as the Central Square World's Fair/Music Festival and the 2004 Democratic National Convention, and have been heard at important venues like the Isabella Stewart Gardner Museum, Ryles Jazz Cafe, Regattabar, Tazza Cafe, Sweet Rhythm, Smalls, Wally's Jazz Cafe, and Les Zygomates. Since he came on the international jazz scene in Europe and the U.S. in the late 90's, Aruán has played with musicians such as Antoine Roney, Tata Güines, Miguel Angá Diaz, Wallace Roney, Roy Hargrove, Stefon Harris, George Garzone, Sheila E., Horacio El negro Hernández, Giovanni Hidalgo, Lionel Lueke, Eric McPherson, Abraham Burton, Jane Bunnett, John Lockwood, Jeremy Pelt, Darren Barrett, Walter Smith III, and Warren Wolf, Jerry Bergonzi, and Hal Crook among others.