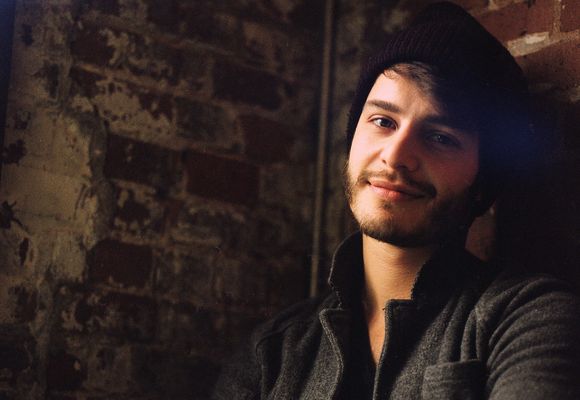 HE IS ONE OF THOSE RARE YOUNG MUSICIANS WHO ESTABLISHES HIS INDIVIDUALITY IN THREE OR FOUR NOTES. - Artsjournal (Doug Ramsey)

Despite his age, Ben van Gelder (26) is emerging as an important new voice on New York’s groundbreaking improvised music scene. Peers and critics alike praise him for his unique sound and originality as a composer and improviser. He performs all around the world in various settings and formations. Rooted in the jazz tradition, he creates music that is informed by a multitude of contemporary influences resulting in a sound that is lyrical, at times orchestral, but above all current.

His highly anticipated debut album, Frame of Reference, released in 2011, features some of the most talented and innovative musicians, including master pianist Aaron Parks and award winning trumpeter Ambrose Akinmusire. The record garnered critical acclaim by press world wide and was accompanied by two successful tours in Canada, the U.S. and Europe. His latest record Reprise (Pirouet), released in September of 2013 was received equally well. The record features guest performances of Mark Turner and Ben Street alongside his regular quintet.

A native of the Netherlands, Ben grew up in a family with a penchant for music. He decided to pursue music at a young age, performing and studying with many renowned musicians in the Netherlands. In 2006 Ben moved to New York to further his music and academic studies at the New School University. He took lessons from revered jazz laureates such as Lee Konitz and Mark Turner. It wasn’t long before Ben started performing at some of the city’s major jazz venues.

In 2007 Ben led his own group at the Jazz Gallery, a venue that functions as a creative hub for many of today’s most compelling improvising musicians. The performance marked the beginning of a longstanding relationship with the club which has allowed him to experiment with different groups and repertoire throughout the years. He has since played or recorded with many contemporary jazz luminaries including David Binney, Ambrose Akinmusire, Nasheet Waits, Mark Turner, Aaron Parks, John Escreet, Ben Street, Thomas Morgan and Rodney Green.

Over the past years Ben received various awards and grants (vandenendefoundation.nl). The National Foundation for Advancement in the Arts recognized his talent by selecting him for the Stan Getz/ Clifford Brown fellowship (nfaa.org). He received the highest honor for his achievements over the course of the program. Ben was also winner of the Deloitte Jazz Award, which is considered to be the most prestigious jazz award in the Netherlands. Most recently he was selected as a semi finalist for the Thelonious Monk Competition.

Ben is currently working on a album for septet which is due for release in 2016. In the meantime he will keep a busy schedule performing in New York and abroad.