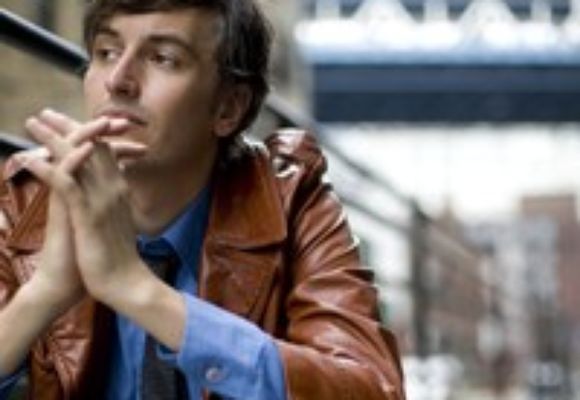 Randy Ingram (pianist/composer) has been hailed as “gifted” (Jazz Times), “one of the best up-and-coming pianists” (Icon), and “formidable” (The San Francisco Chronicle). “A young pianist drawn to contemporary harmony and a sleek rhythmic sensibility… Astute, self-possessed” (The New York Times). “He’s got a crystalline sound, rich and wide open, and knows how to state a melody (with spacious chords, veering into logical solos that wander into (intriguing lands” (Jazz Weekly).

Ingram was born in Anchorage, Alaska, raised in Laguna Beach, California, and currently lives in Brooklyn, New York. A protégé of pianists Alan Pasqua, Danilo Perez and Fred Hersch, who has named him to the vanguard of contemporary young jazz pianists, he won scholarships to the University of Southern California, where he received his Bachelors degree for Jazz Performance, and The New England Conservatory, where he received his Masters of Music. Ingram was selected by the Kennedy Center for the Betty Carter Jazz Ahead Program and is a winner of the 2007 ASCAP Young Jazz Composer’s Award.

Ingram made his recording debut with “The Road Ahead” (2009, Brooklyn Jazz Underground Records). “When Ingram is not playing one of his own superb tunes, he reinvents pop gems like The Beatles’ ‘For No One,’ and standards including ‘Spring Can Really Hang You Up The Most’ and ‘So In Love,’ wrote Rochester City Newspaper. “Whatever he plays, Ingram attacks the keyboard with equal shares of flair, taste and dexterity, making every track an evocative journey.” According to The Hartford Courant, “He displays a sensitive touch, a keen ear for melody and harmonic inventions…a blueprint for a creative future.”

Ingram has performed two tours of Europe as a bandleader and performed in both Europe and Japan as a sideman; he has also played on national television and at venues including Smalls, Birdland, The Jazz Standard and the Guimaraes Jazz Festival in Portugal. He has performed and recorded with leading musicians including Joe LaBarbera, Joel Frahm, Ingrid Jensen, Joe Locke, Ben Monder, Mike Moreno, Kendrick Scott, Marcus Gilmore, Matt Brewer, Lage Lund, Will Vinson, Jacam Manricks, Tierney Sutton, Jeremy Udden, and the late Billy Higgins.  He is the musical director for singers Jack Donahue and Meah Pace, and has performed with recording artists Kristina Train (Blue Note), Nikki Yanofksy (Decca/Universal), and Samantha Ronson.  He has also recently made his acting debut, portraying one of his all time heroes, Bill Evans, in an upcoming Scandinavian movie called “Monica Z”, about the legendary swedish singer Monica Zetterlund.

The Randy Ingram Quartet adds Mike Moreno on guitar, Matt Clohesy on bass, and Jochen Rueckert on drums; together with Ingram, they are four of modern jazz’s finest young musicians and are finishing a new record which will be released early next year on Sunnyside Records. “Ingram and his band consistently get it right,” applauds All About Jazz NY. “[They are an impressive] leader and group that one expects will continue to make great music for years.”