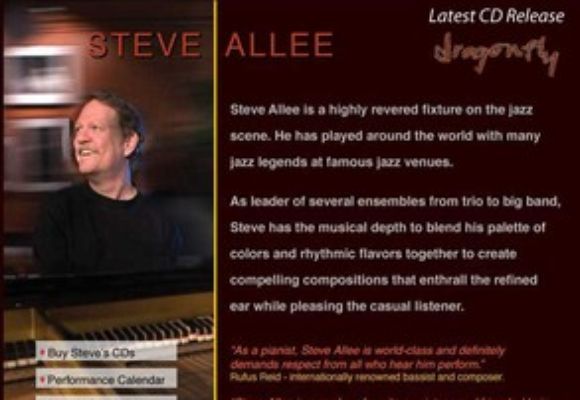 Steve Allee, pianist, composer and arranger hails from Indianapolis, Indiana, the hometown of jazz legends Wes Montgomery, Freddie Hubbard, Slide Hampton and J.J. Johnson. Touring with the Buddy Rich Orchestra at age 19, Steve's passion for the piano and jazz were evident to the audiences and all who performed with him.