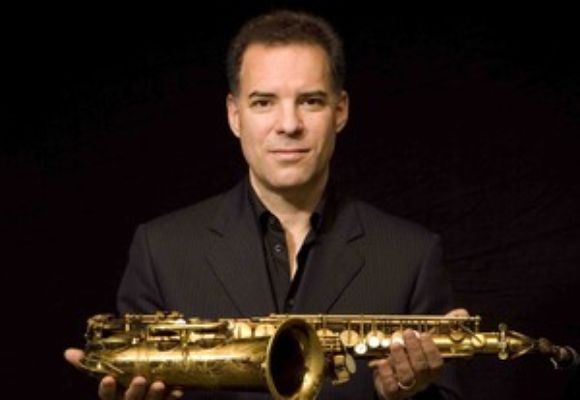 Hailed as an alto sax virtuoso and master musician by Downbeat Magazine, Jim Snidero has been a highly-respected bandleader and recording artist for over a quarter century. Since making his first recording as a leader entitled On Time (Toshiba/EMI) in 1984, he has contributed to the art form with a remarkably diverse set of recordings (14 to date) on both major and indie labels, including Strings (Milestone), which he both composed and arranged for string orchestra, called a masterpiece by the Philadelphia Weekly, San Francisco Guardian, Swing Journal and Jazz Life magazine, among others. His 2007 Tippin (Savant) recording with an organ trio was a major hit on US jazz radio, topping the charts for months.

Moving to New York City in 1981 after studying at the famed University of North Texas, Snidero quickly gained recognition as a member of legendary organist Brother Jack Mcduff's group, traveling throughout the US and making 3 recordings with an established jazz master. Since then he has recorded and/or performed with some of the most important names in the jazz, including The Mingus Big Band, Frank Wess, Eddie Palmieri, Toshiko Akiyoshi, Maria Scheinder, Frank Sinatra, Tony Bennett, and Sting, as well as talented jazz artists including Walt Weiskopf, Conrad Herwig, David Hazeltine, Mike Ledonne, Joe Magnarelli, Jim Rotondi, Michael Weiss, among others.

In addition to his performance activities, Snidero has been a major contributor to jazz education as both a best-selling author and educator. The three Jazz Conception (Advance Music) book series' he has penned are some of the most widely-used text books in the world, firmly established as a cornerstone of mainstream jazz education. He is on the adjunct faculty at New School and New Jersey City University, commuted from NYC to run the jazz saxophone studio for the top-rated music program at Indiana University in 2006, and is an active clinician for The Conn-Selmer Company and Rico Reeds.