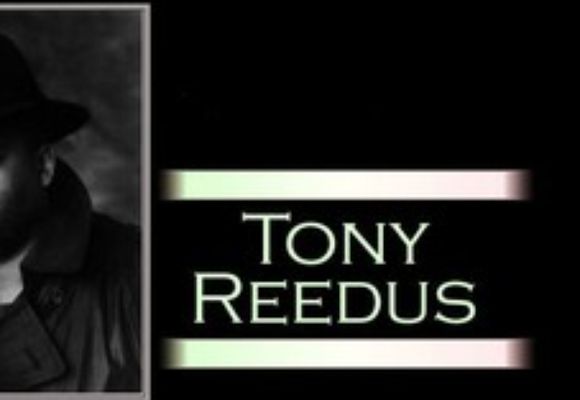 Tony Reedus was born in Memphis in 1959, took up drums at age 14, and soon after started playing with his school band. Inspired by his uncle, veteran Jazz Messenger pianist James Williams, Reedus became interested in playing jazz and began developing his conceptions in high school through private studies and analysis of the styles of personal influences such as Chick Webb, Art Blakey, Louis Hayes, Max Roach, Elvin Jones, Tony Williams and Victor Lewis.

After high school graduation, he enrolled at Memphis State University in 1978. In addition to music studies, he worked in local clubs with saxophonist Herman Green and numerous other Memphis musicians. Also during this period Reedus performed with stellar New York musicians such as Milt Jackson, Slide Hampton and Frank Foster. During an appearance at Memphis' Blues Alley, Woody Shaw showed up, and was impressed enough to ask the drummer to audition for him in New York. After a successful tryout, Reedus left college in 1980 to join Shaw's group, which also featured Steve Turre, Mulgrew Miller and Stafford James. In 1981, he made his recording debut on Shaw's United, and proceeded to tour the world with the trumpeter's band. He remained with the group until it disbanded in 1983.

Since then, Reedus has shared the bandstand in the New York area and around the world with The Mercer Ellington Orchestra, Art Farmer, Bobby Hutcherson, Freddie Hubbard, Kenny Garrett, Mulgrew Miller, George Coleman, Benny Golson, Joe Lovano, Phineas Newborn, Jr. and many others. He has also recorded three CDs as a leader; Minor Thang released in July 1996, Incognito and The Far Side.